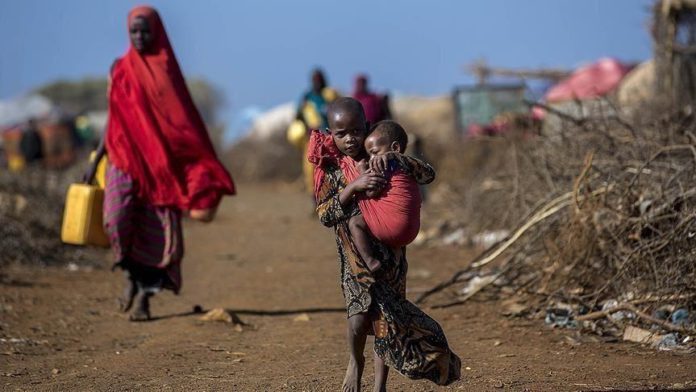 More than 347,000 people in Eswatini, including 180,000 children, are now facing acute food shortages, due to COVID-19-related job losses and high food prices, Save the Children warned in a statement Thursday.

Being in urgent need of humanitarian support, over 347,000 people are adversely affected by the pandemic, with 60,000 “experiencing emergency levels of hunger, meaning that without immediate action, they could face starvation or even death,” Save the Children voiced.

“The situation in Eswatini has been rapidly deteriorating and it’s finally reached a tipping point. One-third of the country is going hungry, and hundreds of thousands of children are suffering as a result,” Dumisani Mnisi, the NGO’s executive director in Eswatini was quoted as saying in the statement.

“Many of them have seen their parents lose jobs as a result of COVID-19 mitigation measures. Others have seen their harvests affected by erratic weather in 2020. The combination has led to needs like we have never seen in recent memory,” read the statement.

Eswatini, a tiny nation located between Mozambique and South Africa, has seen over past months a rapid deterioration in food availability due to COVID-19-related job losses, high food prices, as well as erratic rainfall, leading to a poor harvest at the end of last year, it said.

At least 31% of Eswatini’s population are now “suffering from the food crisis, a markedly worse situation than the last hunger assessment in 2019 when 18% of the population was experiencing severe hunger,” the humanitarian group explained.

Save the Children directed an urgent call on donors “to release funds to support the emergency response and stave off a hunger crisis.”

It also called on the international community to take action to handle the issue.

“We are calling on the international community for support as we rally together to face this challenge,” Save the Children urged.