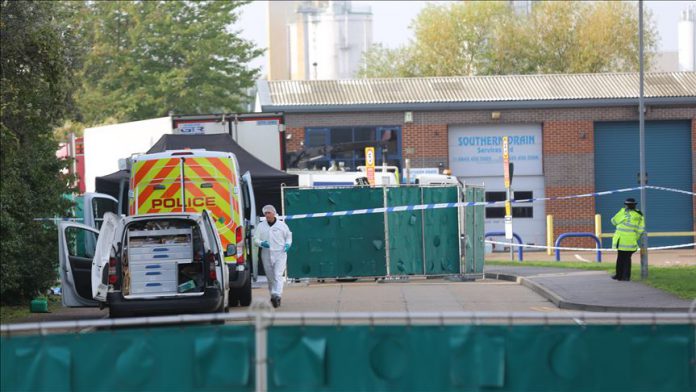 The driver of the vehicle in which 39 people were found dead in the U.K. last week has been remanded in custody after the first appearance at a British court on Monday.

Maurice Robinson, 25, who is a British citizen from Northern Ireland, appeared at the opening hearing of the case held in Chelmsford Magistrates Court via video link.