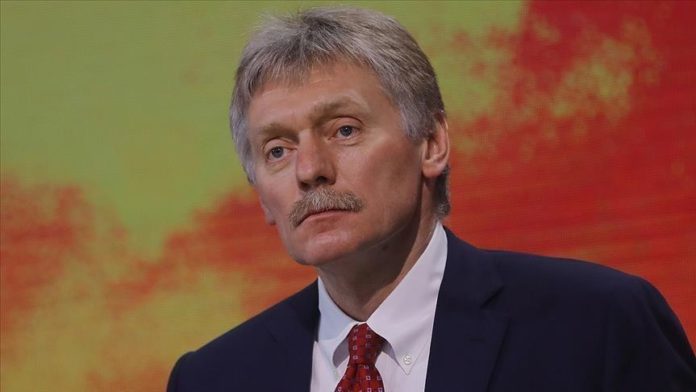 Kremlin spokesman Dmitry Peskov said on Thursday an escalation in Ukraine can lead to a civil war.

Speaking at a daily phone conference in Moscow, Peskov said the Ukrainian side may take provocative actions in the southeast of the country, which will create a threat of civil war.

“We, the European countries, and all the countries of the world would not want the civil war in Ukraine to ignite again as a result of the provocations and provocative actions of the armed forces of Ukraine,” he said.

Commenting on reports of the Ukrainian military saying Russia increased its military group on the border with Ukraine, Peskov said Russia moves its armed forces within its territory “at its own discretion.”

“It shouldn’t bother anyone, it doesn’t pose any threat to anyone. The Russian Federation is taking the necessary measures to ensure the security of its borders. You know that along the perimeter of Russia’s borders there is an increased activity of the armed forces of NATO countries, other associations, individual countries, and so on, and so forth. This all obliges us to be on our guard,” he said.

Russia has been raising alarm about the situation in Ukraine since February, saying the Ukrainian Armed Forces have been gathering troops, weapons, and equipment to the contact line in Donbass.

Russian reports claim that the Ukrainian Armed Forces occupied the previously cleared zone of division and are preparing to start an offensive.

On March 30, Ruslan Homchak, the commander-in-chief of the Ukrainian Armed Forces, said Russia was gathering its military near the Ukrainian border.

According to Homchak, the Russian side said the military was deployed in the regions, bordering Ukraine, “for exercises.”

In a separate statement, Pentagon’s spokesman John Kirby said the Ukrainian military informed the US about “Russian troop movements on Ukraine’s borders.”

“We’re discussing our concerns about this increase in tensions and cease-fire violations and regional tensions with NATO allies,” he said.