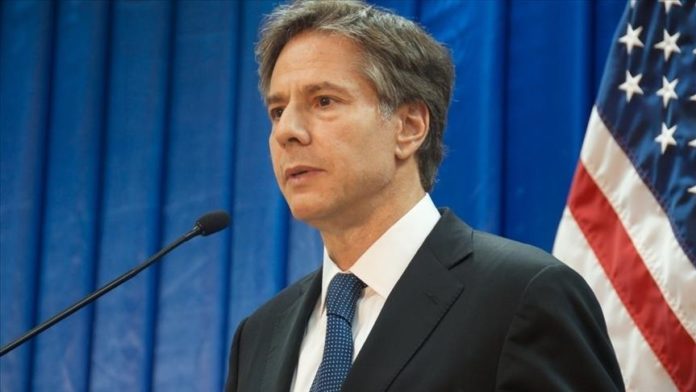 The US said Saturday it is gravely concerned about reported atrocities and the overall deteriorating situation in Ethiopia’s Tigray region, calling for Eritrean and Amhara forces there to withdraw.

“We strongly condemn the killings, forced removals and displacements, sexual assaults, and other extremely serious human rights violations and abuses by several parties that multiple organizations have reported in Tigray,” Secretary of State Antony Blinken said in a statement.

The top diplomat voiced deep concern about the worsening humanitarian crisis and said those responsible for the violence must be held accountable.

Blinken highlighted the need for the international community to ensure that the government permit unhindered humanitarian access and investigate human rights abuses as well as commit to full accountability.

Amnesty International said in a report Friday that Eritrean troops fighting in Tigray systematically killed hundreds of unarmed civilians in the northern city of Axum on Nov. 28-29, 2020.

Troops opened fire in the streets and conducted house-to-house raids in a massacre that may amount to a crime against humanity.

Separately, according to a confidential US government report obtained by the New York Times, officials and fighters from neighboring Amhara state entered Tigray in support of Prime Minister Abiy Ahmed in November.

They are “deliberately and efficiently rendering Western Tigray ethnically homogeneous through the organized use of force and intimidation,” said the report. “Whole villages were severely damaged or completely erased.”

Blinken said the US Agency for International Development (USAID) would deploy a Disaster Assistance Response Team to Ethiopia to continue delivering life-saving assistance.

“We ask international partners, especially the African Union and regional partners, to work with us to address the crisis in Tigray, including through action at the UN and other relevant bodies,” he added.

The Tigray region has been the scene of fighting since November when Ahmed announced military operations against the Tigray People’s Liberation Front (TPLF), who he accused of attacking federal army camps.

Government troops took control of the regional capital, Mekele, in late November, but the TPLF vowed to fight and clashes have persisted in the Horn of Africa country, hampering efforts to deliver humanitarian aid.