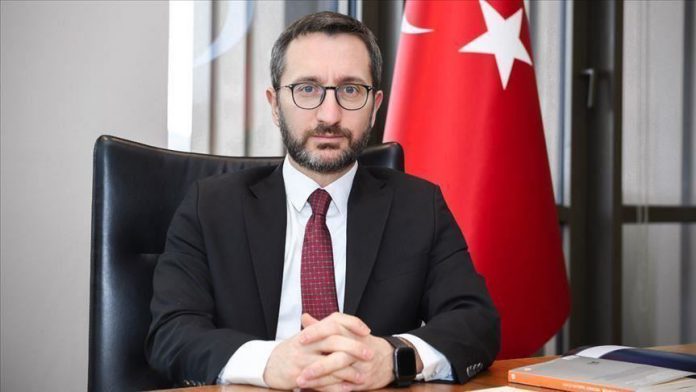 President Recep Tayyip Erdogan was not referring to Turkish novelist Orhan Pamuk, who was awarded the Nobel Prize for Literature in 2006, with his “terrorist” remark, a top official said Tuesday.

“Our president in no way refers to Orhan Pamuk in a speech in which he said ‘They had awarded a terrorist from Turkey’,” said Fahrettin Altun, Turkey’s communications director.

Altun’s remarks came after Erdogan’s speech at an event in the capital Ankara in reaction to awarding of the 2019 Nobel Prize in Literature to Peter Handke, an Austrian writer who is accused of denying the 1995 Bosnian genocide.