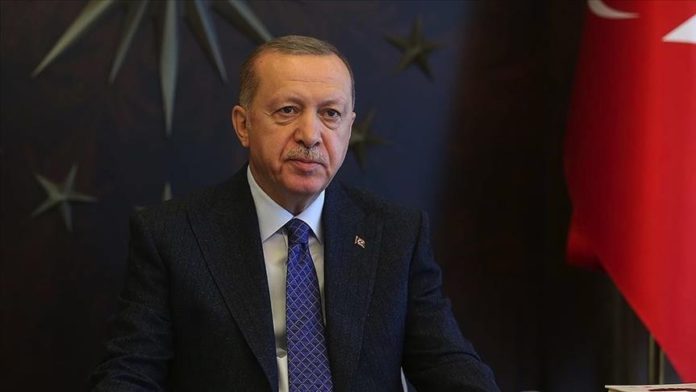 The Azerbaijani people see the support of the Turkish people and President Erdogan, who have always stood with Azerbaijan in the 44-day conflict, as a concrete example of the brotherhood between the two countries.

Baku was decorated for the victory parade to be held for the liberation of the territories occupied by Armenia, with Turkish and Azerbaijani flags displayed on streets and buildings.

While Azerbaijanis are eagerly awaiting the celebrations, they are pleased that President Erdogan will also attend the ceremony.

Sharq Newspaper’s Editor in Chief Akif Asirli said that after the arrival of the Islamic Army of the Caucasus 102 years ago, military cooperation between the two countries in the 44-day war is another example in the modern history of Turkey and Azerbaijan.

He also said that Azerbaijanis felt Turkey’s full support during the 44-day conflict, saying “Turkey also has a great share in our victory. President Ilham Aliyev also said in a statement that this is our joint victory.”

“This is also the victory of the Turkic world. We saw that national spirit, born in Canakkale 107 years ago, in Shusha,” he added.

He emphasized that with the victory, an important step was taken for the unity of the Turkic world.

“Turkish flags are also flying everywhere today. Azerbaijan has seen who was a friend and who was an enemy. Erdogan will come to his homeland. His visit will turn the ceremony into a feast for Azerbaijan.”

Azerbaijani citizen Ebulfet Guliyev expressed his pride in President Erdogan and said he will once again show the world with his visit to Baku that Turks support each other.

Another citizen, Nermine Muslumova, said Turkey and Azerbaijan are “one nation, two states.”

“The Turkish army should come to Karabakh. Then everything can get better sooner.”

Turkish soldiers will also participate in the victory parade, which will be held in Azadliq Square in the capital Baku on Dec. 10.

Turkey’s president is set to travel to Azerbaijan on a two-day visit starting Wednesday.