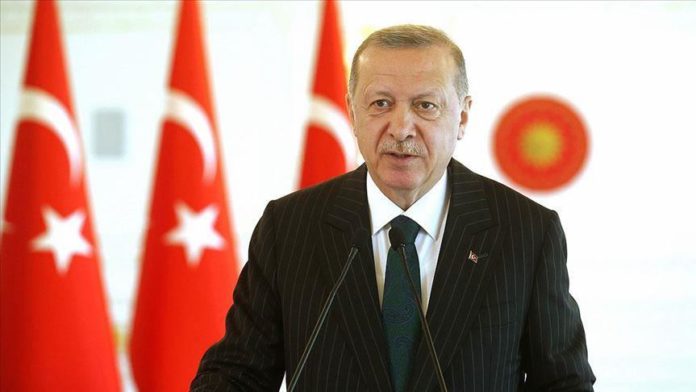 Turkish industries have continued production to a large extent even during the pandemic, President Recep Tayyip Erdogan said on Saturday.

The project aims to stop pollution and improve agriculture in the surrounding areas in the Marmara region, northwestern Turkey.

Erdogan said 520 new factories in organized industrial sites were opened in the first five months of this year.

“Turkey is decisive in working toward its targets, focusing on investments, production, growth and employment.”

Erdogan added: “Turkey is hoping to reach strong growth rates in the second quarter of the year.”

“Turkey is one of the eight countries in the world which can produce tunneling machines. All related public institutions were involved in this project, we have allocated 2.5 billion Turkish liras, and brought the project to life with decisiveness,” said the president.

He also added that 24 of the planned 25 watering projects are now operational covering 123,800 hectares.