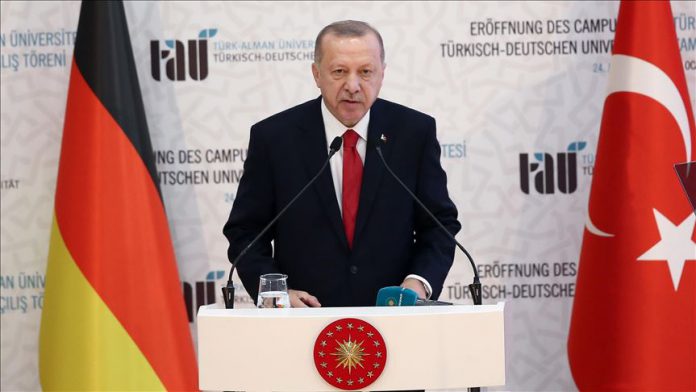 Turkey’s president expressed hope on Friday that the Turkish-German University in Istanbul would be a symbol of friendship between the two countries.

“We will continue to give all kinds of support to the Turkish-German University,” Erdogan stressed at the official opening ceremony for the university’s new campus in Istanbul with German Chancellor Angela Merkel.

Erdogan added that efforts were ongoing to establish a Turkish-Japanese university of science and technology, as well as a Turkish-Italian university.

During the opening ceremony ahead of bilateral talks between the two leaders, Erdogan said they would discuss regional dynamics, regional issues, especially Libya, and