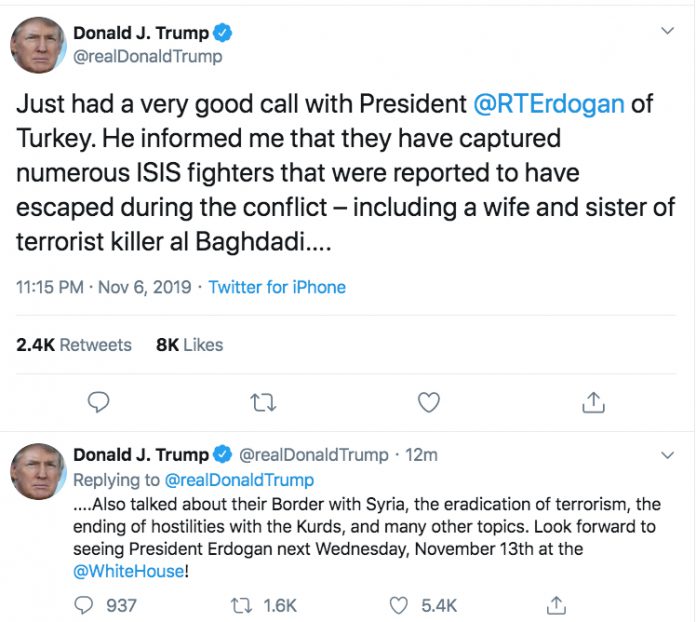 The two leaders also discussed regional developments as well as bilateral issues in the phone call, according to the Turkish Presidential Communications Directorate.

“Just had a very good call with President Erdogan of Turkey. He informed me that they have captured numerous ISIS fighters that were reported to have escaped during the conflict — including a wife and sister of terrorist killer al Baghdadi,” Trump said in a tweet, referring to the slain Daesh/ISIS leader.

Read more: Erdogan, Trump to meet in Washington on Nov. 13

Turkey eager to invest in biotech