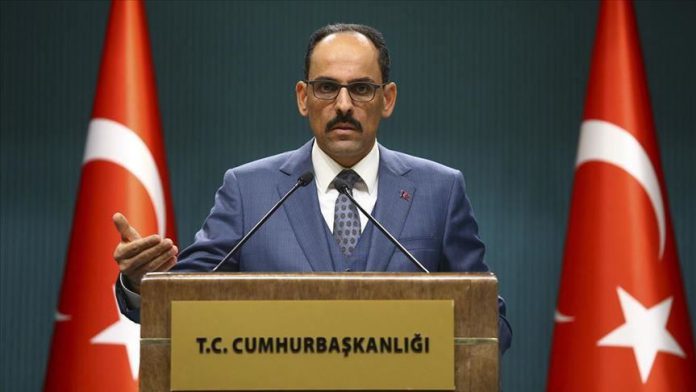 President Recep Tayyip Erdogan will hold a quadrilateral meeting with the leaders of France, Germany and the U.K. in London, his spokesman said Tuesday.

Speaking to reporters following a Cabinet meeting at the presidential complex, Ibrahim Kalin said the Turkish president will hold the meeting after the NATO summit on Dec. 3-4.

At the summit, Erdogan will talk about “NATO’s mission, vision, its position in the 21st century, its next activities and perception of threats,” he added.

Kalin recalled Turkey’s recent deals on Syria’s safe zone with the U.S. and Russia, expressing hope that the countries stand by them.

Kenya: Crackdown on demo over 'theft' of COVID-19 funds