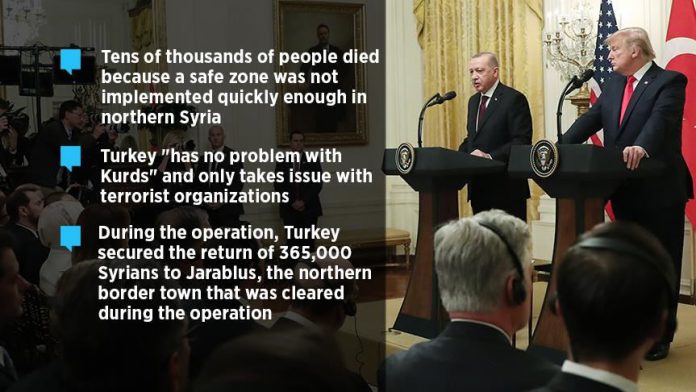 Erdogan made the comments during a joint press conference with U.S. President Donald Trump following four hours of bilateral meetings that also included a sit-down with Republican senators.