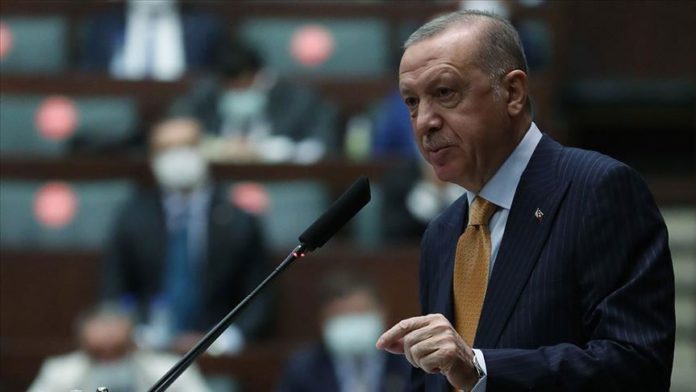 “It is a matter of honor for us to stand sincerely against attacks on our prophet,” Erdogan told his ruling Justice and Development (AK) Party’s parliamentary group.

“Unfortunately, we are in a period when hostility to Islam, Muslims and disrespect for the prophet, is spreading like cancer, especially among leaders in Europe,” he added.

Erdogan noted that France, and Europe in general, deserved better than the vicious, provocative and hateful policies of French President Emmanuel Macron.

“We call on prudent Europeans to take action against this dangerous trend on behalf of themselves and their children for a bright future,” he said.

Earlier this month, President Emmanuel Macron accused French Muslims of “separatism” and described Islam as “a religion in crisis all over the world.”

Tensions further escalated after Samuel Paty, a teacher at Bois-d’Aulne College in Conflans-Sainte-Honorine, was beheaded on Oct. 16 by Abdullakh Anzorov, an 18-year-old of Chechen origin, in retaliation for showing controversial cartoons depicting the Prophet Muhammad to his students during one of his classes on freedom of expression.

Macron paid tribute to Paty and said France would “not give up our cartoons.”

They were first published in 2006 by the Danish newspaper Jyllands-Posten, sparking a wave of protests.

While calls to boycott French products are circulating online in many countries, Erdogan has urged Turks “to never help French brands or buy them.”

OPINION – China looks at Middle East to counter US domination