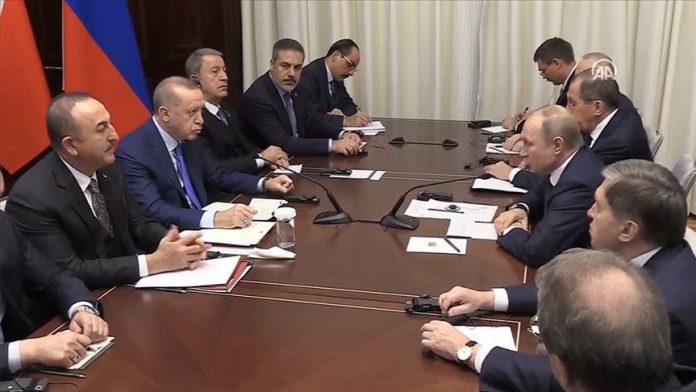 Turkish President Recep Tayyip Erdogan and Russian President Vladimir Putin are meeting ahead of the Berlin conference on the Libyan peace.

German Chancellor Angela Merkel and UN Secretary-General Antonio Guterres will co-host the Berlin conference, which will seek a stronger commitment from the world powers and regional actors to non-interference in Libya to genuinely support the cease-fire and adhere to the UN’s arms embargo.

Since the ouster of late ruler Muammar Gaddafi in 2011, two seats of power have emerged in Libya: one in eastern Libya supported mainly by Egypt and the United Arab Emirates, and the other in