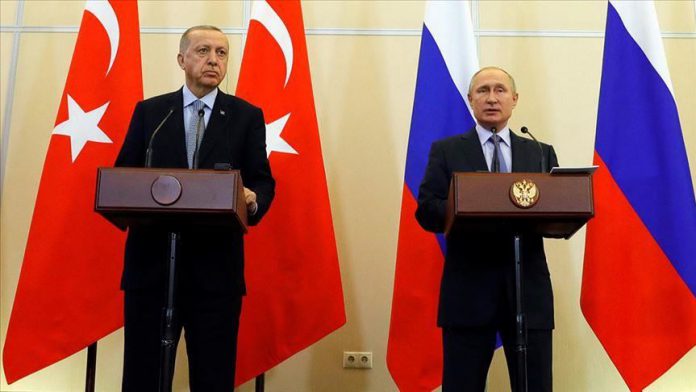 Fahrettin Altun had a meeting with media representatives in Ankara on latest developments after Thursday night’s attacks on Turkish soldiers by Assad regime forces in Idlib, northwestern Syria.

Erdogan told Putin that the current refugee situation along the Turkish borders was due to Syrian regime’s negligence and deliberate acts, Altun said.

He said that Erdogan, during his talk with Putin, clearly emphasized that the blood of Turkey’s martyrs will never be

CSTO asks US to renew arms reduction treaty with Russia