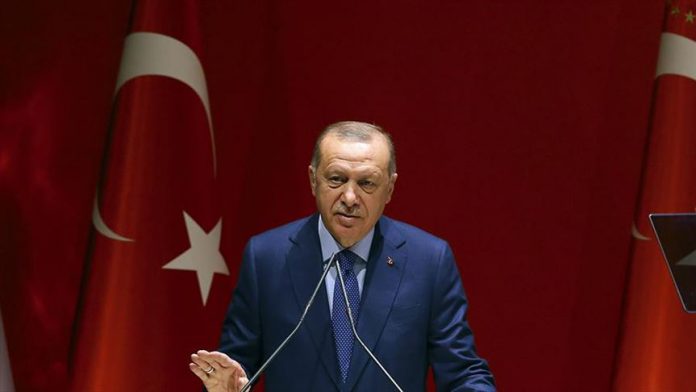 President Recep Tayyip Erdogan on Wednesday said he was optimistic about Turkey’s financial position in the coming year.

“By reducing inflation rates to single digits and cutting interest rates, we have cleared the air in our country. God willing, 2020 will mark a year where interest rates are going to fall further,” Erdogan said, speaking at the headquarters of the ruling Justice and Development (AK) Party in capital Ankara.

The president said Turkey experienced an average growth rate of 5.6% between 2003 and 2018 and it became the world’s 13th largest economy based on purchasing power parity.