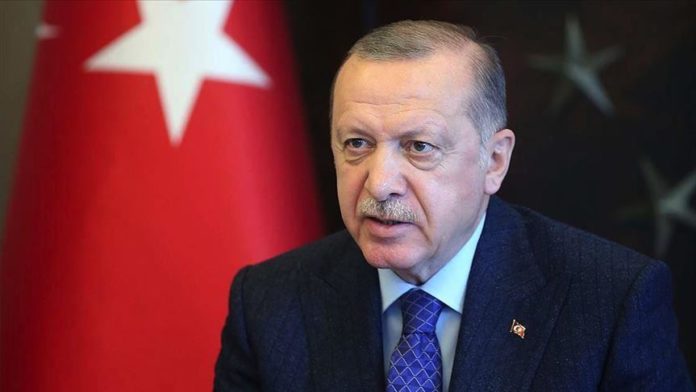 The Turkish president offered condolences to families of those who lost their lives in floods in the country’s northeast.

Recep Tayyip Erdogan issued directives to mobilize all means to heal the wounds of affected people and to take necessary steps to prevent such incidents from happening again, the Turkish Communications Directorate said in a statement.

Erdogan also received information about the latest developments in the region and the status of search and rescue operation from Interior Minister Suleyman Soylu and Agriculture and Forestry Minister Bekir Pakdemirli, who arrived at the scene.

The death toll from floods in northeastern province of Giresun claimed four lives on Sunday, according to the interior minister. Those who lost their lives included a gendarmerie officer.

The minister said at least 11 people were reported missing, while 127 people have been rescued. Roads to 118 villages were also closed.

Earlier, Soylu said five gendarmerie officers and an excavator operator went missing after a 5-meter (16-foot) high culvert collapsed due to floods in the region.

The Turkish National Defense Ministry announced that a helicopter belonging to the Turkish Air Forces was mobilized for search and rescue in Giresun.

The country’s Disaster and Emergency Management Authority (AFAD) announced that rescue teams were dispatched to Giresun during the initial minutes of the natural disaster.