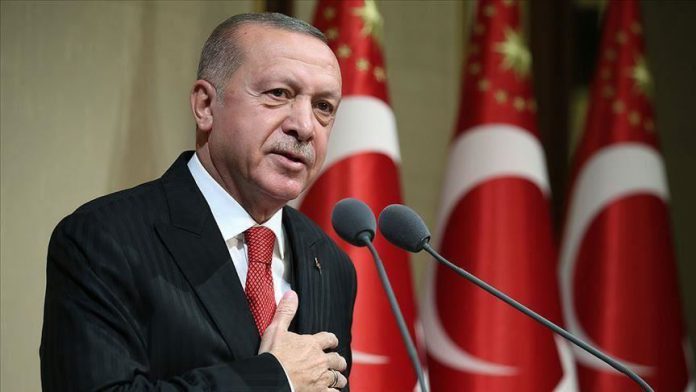 Turkey’s president on Thursday issued a message, marking the 36th foundation anniversary of the Turkish Republic of Northern Cyprus to be celebrated on Friday.

In the message, Erdogan said Turkey will never allow anyone to usurp the Turkish Cypriots’ rights on hydrocarbon resources.

Turkey, as a guarantor nation for the Turkish Republic of North Cyprus (TRNC), is currently carrying out hydrocarbon exploration activities in the Eastern Mediterranean with two drilling vessels, Fatih and Yavuz, along with Oruc Reis and Barbaros Hayrettin Pasa seismic vessels in the same region.