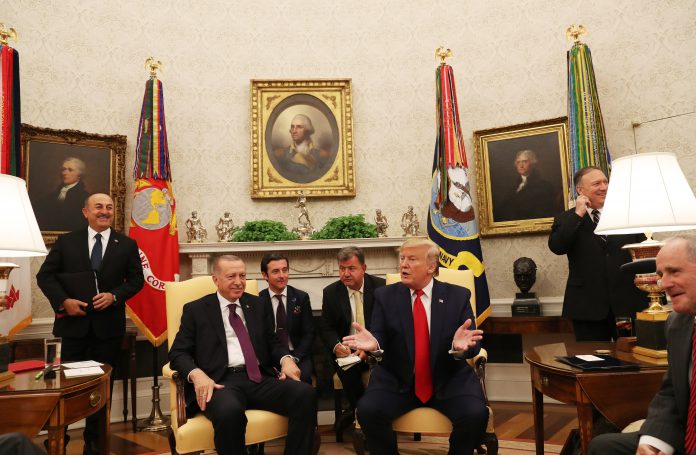 The Turkish president on Wednesday showed a video to his U.S. counterpart and senators which documented crimes committed by the ringleader of YPG/PKK Ferhat Abdi Sahin, also known as Mazloum Kobani.

Fahrettin Altun, the Turkish communications director, shared the video on Twitter and wrote: “The video details the massacres committed by the terrorist code named Mazloum Kobane”.

On Wednesday, Recep Tayyip Erdogan, during his visit to the U.S., said Sahin has caused the deaths of hundreds of Turkish people and is the adopted son of Abdullah Ocalan, the jailed leader of the PKK terrorist organization.

$7.7B pledged at Syria donor conference