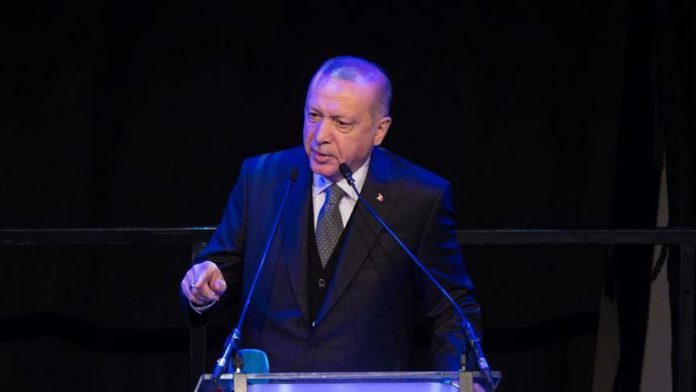 Turkey’s president on Wednesday condemned those who use the word ‘Islam’ as an adjective to describe terrorism.

“Islam is a religion of peace,” Recep Tayyip Erdogan said during an event at a venue in east London organized by the AK Party’s UK branch presidency where he and First Lady Emine Erdogan met representatives of the Turkish community following a NATO summit in London.

Underlining that racism, discrimination, anti-Semitism and hostility towards Islam have recently increased in Europe, Erdogan said far-right movements are mostly targeting Muslims and the Turkish community.