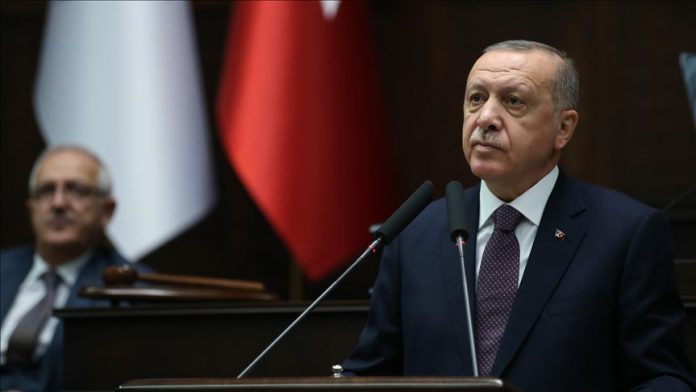 President Recep Tayyip Erdogan on Tuesday called on citizens to use the Turkish lira instead of the U.S. dollar in transactions.

“Let us not use dollars. Let’s turn to Turkish lira,” Erdogan told his party’s parliamentary group.

“Let us show our nationalism,” he urged.

He went on to say that those who trust in and invest in our country will continue to win.

Turkey’s statistical authority announced that the country’s inflation rate in October was 8.55%, down from 9.26% in September.

Turkish Central Bank's reserves rise to $88B in April