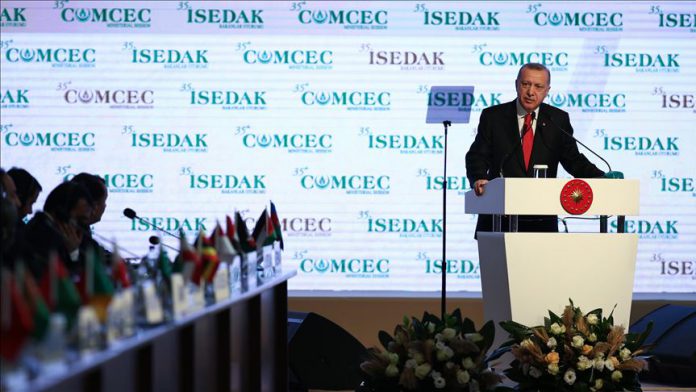 The Turkish president on Wednesday called on the UN, international and regional organizations to designate March 15 as International Solidarity Day Against Islamophobia.

Recep Tayyip Erdogan’s remarks came at the opening ceremony of 35th Ministerial Meeting of the Standing Committee for Economic and Commercial Cooperation of the Organization of the Islamic Cooperation (COMCEC).

“Those who claim defending democracy and human rights play ostrich when it comes to Muslims, and migrants are abused in their own lands,” Erdogan said.

On March 15, at least 50 Muslims were killed and as many injured when a terrorist shot worshippers in cold blood