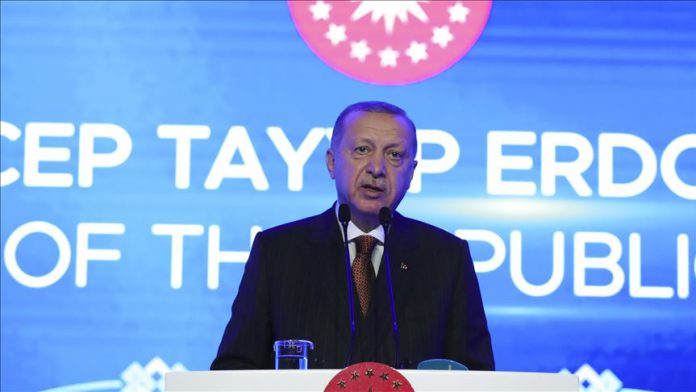 Turkey’s President Recep Tayyip Erdogan on Saturday said the country’s policy regarding hydrocarbon reserves in the Eastern Mediterranean region was based on equal share among regional countries whereas “some” sought to raise tension.

“While there is an opportunity of fair share [of hydrocarbon reserves], threat and blackmailing policies are followed. But no country is above international laws,” Erdogan said, speaking at the opening ceremony for the Trans-Anatolian Natural Gas Pipeline’s (TANAP) Europe link in Turkey’s northwestern Edirne province.

Turkey would never allow anyone to violate the rights of Turkey and the Turkish Republic of Northern Cyprus (TRNC), he added.