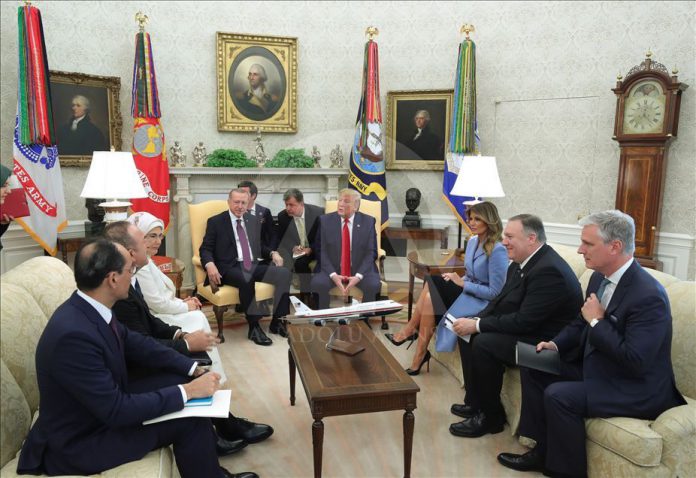 Erdogan arrived midday for meetings with U.S. President Donald Trump the White House scheduled for more than three hours, and which are to be followed by a joint news conference.

Trump is scheduled to meet select senators before the news conference begins, and reports have suggested that Erdogan will also take part. The U.S. president’s public schedule notes only that Trump is to participate in the “legislative engagement.”

The meeting is expected to cover bilateral relations and foreign policy issues, including Syria.

Read more: Erdogan at White House for meetings with Trump