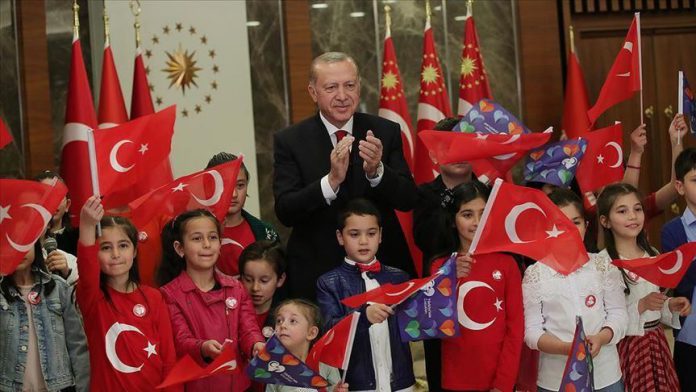 Turkey’s president on Thursday celebrated the 100th anniversary of the nation’s parliament as well as National Sovereignty and Children’s Day, saying: “April 23 is the most important symbol of democracy and the nation’s sovereignty.”

“When our homeland was occupied, our Grand National Assembly, which opened a century ago in Ankara, became the center of our nation’s and the state’s struggle for freedom,” Recep Tayyip Erdogan said in a video message from his current residence at Huber Mansion in Istanbul.

He also commemorated the founder of Turkey, Mustafa Kemal Ataturk, and all the martyrs of the country, saying: “The Republic

Turkish stocks up 1.12% at Thursday close

US working with Pakistan against terrorism, says Trump in India