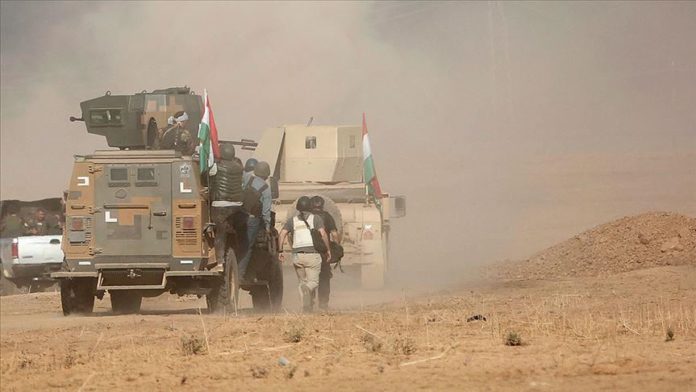 This came in a statement issued by the regional government after its weekly meeting in the capital, Erbil, which took place hours after three Peshmerga fighters were injured in a bomb blast targeting their vehicle.

“Any attack of this kind is an attack on all our people and our legitimate institutions,” the KRG statement said, adding that “the attack of the [PKK] terrorist organization today crossed the red line.”

It went on to stress that the regional government will work to prevent any deterioration in the security situation in the region.

Earlier Wednesday, a security source in the northern Iraqi region told Anadolu Agency that three Peshmerga forces were wounded, in an explosive device blast planted by PKK terrorists, north of Dohuk province, on the Turkish border.

On Monday, the former president of the region, Massoud Barzani, called for preventing the PKK terrorist group from imposing its will on the region.

Barzani said the terrorist group occupied border areas during the ISIS/Daesh attack on the region.

CAR votes in 2nd round of elections under high security