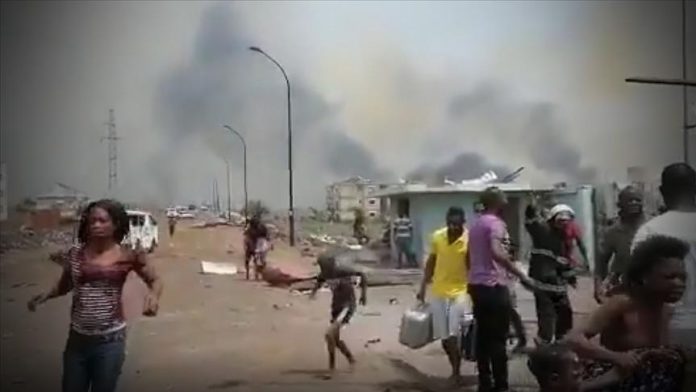 Equatorial Guineans are observing a three-day national mourning to pay tribute to the victims of Sunday’s explosions that have claimed at least 105 lives so far and injured over 600.

On Wednesday, flags were flown at half-mast as instructed by the government in a decree late Tuesday.

“On March 10, 11, 12, the national flag will fly at half-mast at all military bases and on official buildings,” the decree said.

A series of explosions on Sunday rocked an armory of the Nkuantoma Gendarmerie and military barracks in Bata, the commercial city of Equatorial Guinea, causing widespread damage to residential buildings.

The injured people were treated at the Bata Regional Hospital, La Paz Medical Center and Guinea Salud Polyclinic, according to the country’s Health Ministry.

On Tuesday, the World Health Organization (WHO) Africa office said it is helping the country to “manage the mass casualty crisis”.

The health system in the country is already stretched by the COVID-19 response, which makes this emergency critical, the UN Office for the Coordination of Humanitarian Affairs (OCHA) said on Monday.

Equatorial Guinea, a small country of some 1.2 million people, relies heavily on its oil and natural gas industry.

The Central African country is made up of the Rio Muni mainland and five volcanic offshore islands. The capital, Malabo, on Bioko Island, is a hub for the country’s prosperous oil industry.

Bata is a port and commercial city on the country’s mainland.