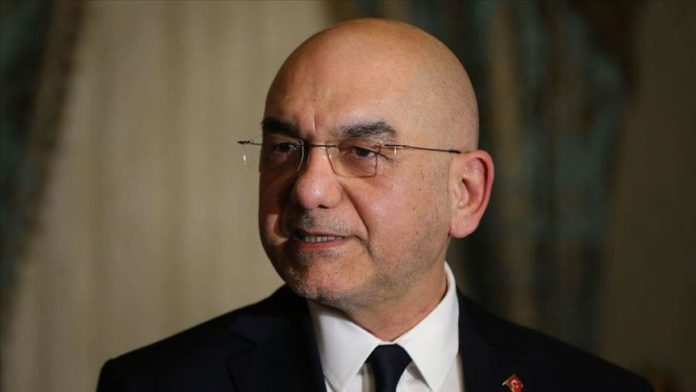 The Turkish community in Austria is under pressure amid the so-called confessions of a Turkish spy, which Turkey says are baseless.

“I have clearly explained to journalists from different countries that this person does not have any relationship with Turkish intelligence and my country,” Ceyhun said.

He added that Ankara is watching the response of Austrian government ministers to the allegations with sadness.

“There are multiple channels of communication between Austria and Turkey,” he said. “They could get in touch with us. But, so far, Austrian authorities did not give us any information on this issue.

The Turkish ambassador also expressed his concerns on the possible effects of the misinformation on the Turkish community in the country.

According to reports in the Austrian press last month, a man named Feyyaz Ozturk went into a police station in Vienna, claiming that he had been recruited by the Turkish intelligence agency.

He allegedly recounted that he had been ordered to assassinate several Kurdish-origin politicians in Austria, the reports said.

Turkey last month strongly denied the accusations, saying “anti-Turkey circles” were behind them.

Despite this, Interior Minister Karl Nehammer announced last month that the judiciary would file charges on suspicion of espionage, adding: “Influence by a foreign power in Austria will not be accepted.”

Austria is home to a Turkish immigrant community of more than 200,000 constantly subjected to racism and Islamophobia.