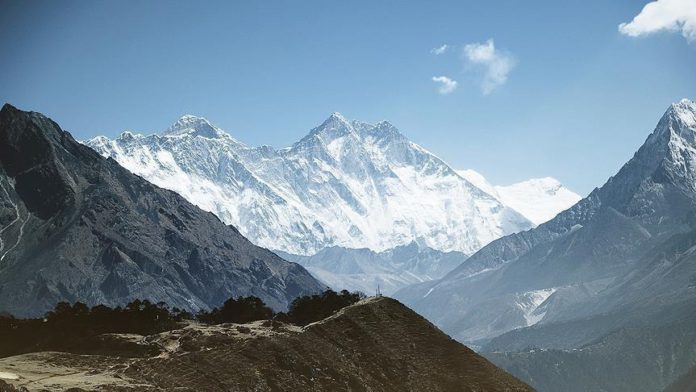 When Indian architect couple Namrata Kandwal and Gaurav Dixit decided to turn their research on hemp into practice by constructing a homestay in the hills, they were unsure about the response it would garner.

Two months down the line, having received a number of visitors at the country’s first hemp-made “eco stay” that they opened in the northern Himalayan state of Uttarakhand, the couple says interest in hemp-made products in India is growing.

“It began with our research on hemp in 2017. Our aim was to create ecological lifestyles using the potential of the hemp plant which has got deep roots in Indian culture and tradition. In November last year, we started a homestay for tourists and the response is so far good,” Dixit told Anadolu Agency.

Hemp belongs to the cannabis sativa species and has low levels of the intoxicating substance tetrahydrocannabinol, or THC, compared to marijuana, another variety of the same species, as well as cannabis indica.

The construction by hempcrete — a mixture of the hemp plant and lime — is very new in India. However, it has also been found in the caves of Ellora in western India dating back almost 1,500 years.

An archaeological study in 2016 found the agent — a mix of hemp with clay and lime plaster — that prevented the caves from degrading over the centuries, the Indian English daily Times of India had reported.

By using natural materials, the couple’s homestay not only cuts down on its carbon footprint, but also avoids bringing its occupants in contact with toxic materials, Dixit told Anadolu Agency.

“Conventional materials are posing a severe threat to our environment and at the same time are very dangerous for the occupants’ health.

“But in our homestay, we’ve used natural materials to reduce the carbon impact and the embodied energy of the building that, at the same time, improves indoor air quality for the better health of the occupant,” he said, adding that they had used hempcrete in innovative ways, such as in monolith wall panels, precast block partitions, roof insulation, hemp fiber-reinforced lime and mud-based plasters.

Dixit said the hemp-made building is resistant to earthquakes and fire, while also being moisture regulating. “The lime coating on the hemp shives makes it fire resistant. It has the natural ability to dampen vibrations and is also lightweight, which makes it ideal for earthquake-prone areas,” he said.

The homestay works on a zero-energy model and employs techniques like rainwater harvesting.

“Using hempcrete provides better insulation, thereby reducing the heating and cooling load of the building and saving on the operational energy costs. The building has rooftop solar (panels) which generates more energy than what is being consumed in the building,” he said.

“Using traditional technology of stone and mud masonry for load-bearing portions has saved a lot of water in construction. At the same time, practices like rainwater harvesting and wastewater reuse also help a lot to minimize water consumption.”

The architect also said projects like their Himalayan hemp eco stay were creating awareness, with many now eager to adopt this innovative technology.

“There are a few good startups working to bring this technology into mainstream construction by means of mass production, coupled with the development of indigenous hemp processing technologies,” he said.

In 2018, Uttarakhand became the first state in India to permit the commercial cultivation of industrial hemp. The first hemp cultivation was subsequently licensed to the Indian Industrial Hemp Association.

“Everyone is happy after the Food Safety and Standards Authority of India (FSSAI) recently classified hemp as a food. We see very good potential in the coming years,” he said.

Katnawer said though the industry has good potential, its growth will take time because of the lack of policies by states except for Uttarakhand and high prices which are maintained by a lot of sellers.

The Himalayan Hemp has made innovative products like the first hemp sanitary pad which is under three government grants. “Other than several benefits, energy-wise, the hemp construction can reduce carbon emissions through these huts,” he said.

“Right now, only commercial policy in Uttrakhand is available. It’s also limited and promotes the import of external seeds from China, Europe, or other countries,” he said. “It can threaten the local biodiversity of cannabis and hemp in the region which is why we are not supporting this policy and want governments to make policies with local seeds.”

He added that many other Indian states are trying to formulate the policies on the same line. “Even medical cannabis companies are also limited as their raw material is based upon the procurement from government excise godowns (warehouses) where quality assurance is not really there,” he said.