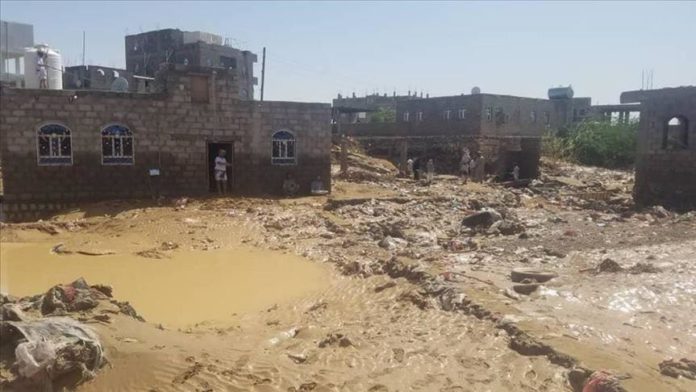 The fourth month of 2020 saw numerous environmental disasters that impaired climate change and vice versa, including severe flooding in Afghanistan, landslides in Papua New Guinea and Kenya and wildfires in Ukraine and Poland.

Here is a look at the global environmental disasters during the previous month.

– Approximately 700,000 people across 28 districts of Zambia are affected by floods over recent weeks, the country’s Disaster Management and Mitigation Unit says in a statement.

– A wildfire breaks out in the Chernobyl exclusion zone, Ukraine, with authorities saying two days later that it had been extinguished and radiation levels were normal.

– The Department for Environment, Food and Rural Affairs (Defra) warns that much of southern England, and Wales will be hit by high levels of air pollution in the month.

– Indonesia’s Anak Krakatau volcano, between Java and Sumatra islands in Lampung province, erupts, spewing ash columns up to 500 meters (1,640 feet) above the craters.

– At least six people die, hundreds of homes are damaged after storms causes tornadoes and flooding across southern US states of Louisiana, Texas and Mississippi.

– The death toll in the Deep South from violent storms and tornados continues to mount as authorities raised the number of fatalities to at least 19.

– At least seven die, 300 are displaced between April 10-14 as floods hit 18 provinces of Iran, according to UN Humanitarian Affairs Office.

– At least 24 people are killed, more than 10,000 homes are displaced in separate floods in the Democratic Republic of Congo, authorities says.

– Strong hailstorm hit China’s Pingtang County in the province of Guizhou, causing damages to properties and power outages, according to reports.

– At least four people die, 24 are missing and 4,000 displaced following landslides that hit western Kenya, according to local reports.

– The death toll from flooding in eastern Democratic Republic of Congo rises to 40, according to authorities in Uvira city in South Kivu province.

– Authorities in Afghanistan warns that more than seven million people are still at risk as at least 56 people die from severe flooding over the past weeks.

– Air pollution starts to return to China, as coronavirus measures including lockdown is eased in the country, according to analysis.

– Heavy rain and floods in Moyen-Chari Province, Chad, damages or destroys shelters in displacement camps, reports by the International Organization for Migration (IOM).

– Several wildfires occurred across Scotland in the last few days due to dry weather, according to reports.

– At least eight people die, estimated some 18,000 house and approximately 110,000 people are affected by heavy rain in Djibouti.

– Five different species of birds — one critically endangered — in Australia are negatively affected by unprecedented bushfires that raged across the country last summer, according to BirdLife International.

– Thousands of people are displaced, affected by flooding and mudslides in Arusha and Kilimanjaro regions, northern Tanzania, over the last past days, according to local media.

– Over 2,000 people are affected by flooding in several provinces of Indonesia over the past few days which also leads to evacuations in Penang State, Malaysia.

– Since April 20, tens of thousands of people are affected or displaced from flash flooding, caused by heavy rain, according to reports from the UN.