TurkishPress
Home News Environmental disasters across the world in May 2020 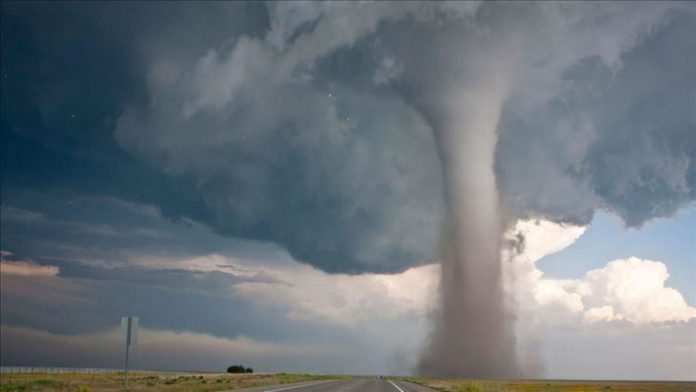 The fifth month of 2020 continued to witness numerous environmental disasters that impaired climate change including massive flooding in Kenya, landslides in Indonesia, a powerful cyclone in India, and Bangladesh as well as a tropical typhoon in South Asia.
Here is a look at the global environmental disasters during the previous month.
May 2:
– A dam partially collapses due to heavy rain in eastern Uzbekistan affecting 70,000 people. The waters wash away hundreds of houses.
May 4:
– Four people lost lives in sweeping floods in western Uganda. The floods due to heavy rains displace 5,000 people.
– More than 20,000 houses submerge in western Java, Indonesia affecting approximately 80,000 people.

May 5:
– Snow avalanche in the Indian-administered Kashmir kills one person, injures another one.

May 6:
– At least 16 people lost lives and more than 200,000 hit by torrential rains and floods in Somalia, the UN Office for the Coordination of Humanitarian Affairs reports.
– Mudslide kills at least 45 miners in the northwestern Grand Cape Mount County of Liberia, according to local media.

May 7:
– Heavy rains caused severe flooding in Baghlan and Samangan provinces in northern Afghanistan, damages thousands of houses.
– Wildfires in the Florida Panhandle in the US forces evacuation of thousands of people from their homes, according to authorities.

May 8:
– More than 57,000 people are displaced in western Kenya due to ongoing heavy rains killing at least seven people.
– Ongoing flooding in Kenya has claimed the lives of 237 people, according to officials.

May 9:
– At least 12 people lost lives and five others are missing in central Ethiopia after floods hit the region.

May 11:
– Heavy rain, in Rwanda, leads to floods and mudslides in which at least 72 people die.

May 12:
– Heavy rain in southern Colombia triggers flooding and a major landslide in the Ricaurte municipality, where 30 families are evacuated.

May 15:
– Heavy rainfall caused by the Typhoon Vongfong in Samar Island in the Philippines destroys homes and displaces over 140,000 people.

May 16:
– Severe climate conditions displace nearly half a million people, including at least 240,000 children, in Burundi, Rwanda, Djibouti, Kenya, Ethiopia, Somalia, Uganda, and Tanzania, according to the humanitarian group Save the Children.

May 19:
– The tropical cyclone — known as Amphan with maximum sustained winds of 265 kilometers (165 miles) per hour hits the Bay of Bengal.
May 20:
– At least two people are killed, several others injured and 245 homes are damaged as a tornado hit several villages on Indonesia’s Sumatra island.

May 21:
– Cyclone Amphan, which forces displacement of three million people in India and Bangladesh, claims at least 88 lives.
– At least six people die and several houses shatter in floods in Uganda’s Kasese district, according to local media.

May 27:
– The death toll from floods pounding the East African nation of Kenya rises to 285. Nearly one million people are affected, announces the government.