TurkishPress
Home News Environmental disasters across globe in May 2021 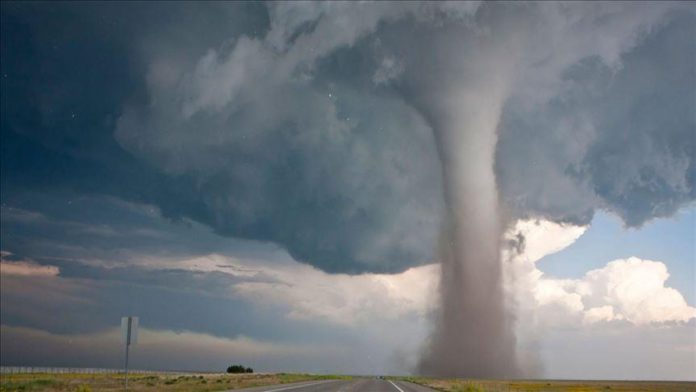 A host of environmental disasters, including deadly rains and floods in Afghanistan and Iran, volcanic eruptions in Iceland and the Democratic Republic of Congo, as well as wildfires in Greece and storms in China and Finland, were reported in May.

Below is a timeline compiled by Anadolu Agency:

– Several powerful tornadoes sweep through the US state of Mississippi, with damages to buildings, trees and power lines.

– Huge lava fountains at the Fagradalsfjall volcano in Iceland, the biggest since the start of an eruption.

– A severe snowstorm is forecast to hit Finland with accumulations of up to 30 cm (12 inches) possible, the Finnish Meteorological Institute (FMI) warns.

– At least 25 people are killed and 25,000 affected after heavy rains hit parts of Somalia, including the capital Mogadishu.

– Landslides caused by heavy rain kill at least seven people and injure nine at a gold mine in Indonesia’s western Sumatra province.

– At least 84 people are killed and more than 2,500 houses destroyed as heavy rainfall and flash floods hit Afghanistan.

– Nearly 70 homes are damaged or destroyed while around 500 people are affected due to severe floods that hit Cuenca, capital of Azuay province in Ecuador.

– At least 37 people, 12 in Maharashtra, eight in Karnataka, 13 in Gujarat and two each in Goa and Kerala states are killed in India from Cyclone Tauktae.

– Wildfires blazes across Canada’s Manitoba province cause evacuations while the government issues air-quality warnings for western and central Canada due to smoke.

– A large wildfire breaks out in regional unit of Corinthos in southcentral Greece, prompting authorities to evacuate at least 14 villages and two monasteries.

– Mount Nyiragongo, one of the world’s most active volcanoes, in eastern Democratic Republic of Congo, erupts and forces thousands of residents in North Kivu’s Goma to flee to Rwanda.