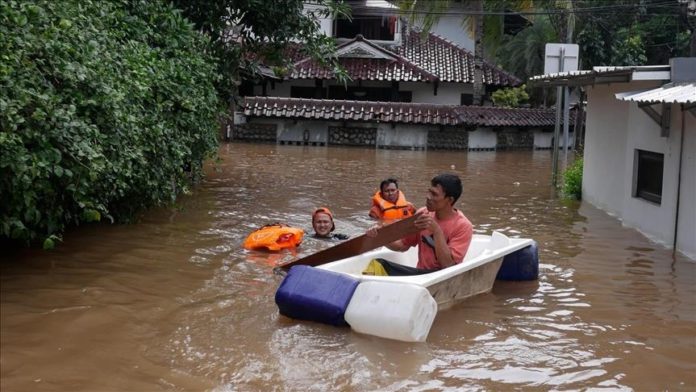 A host of environmental disasters, including deadly rains and floods in Sri Lanka and Guatemala, volcanic eruptions in Indonesia’s Mount Merapi, as well as wildfires in Turkey and tropical storms in the Philippines and Vietnam, were reported in June.

Below is a timeline compiled by Anadolu Agency:

– The Atlantic hurricane season officially begins with forecasters warning of an “above average” amount of looming storms.

– Canada orders evacuation for residents of Kitimat-Stikine district in British Columbia due to rising water levels of the Skeena River that reportedly kills at least one.

– At least 17 people are killed with more than 210,000 affected, as flash floods and landslides hit several regions of Sri Lanka.

– Seven miners die who were trapped by a landslide in the Mexican state of Coahuila, according to reports.

– Three people are killed in flash floods in Solola Department, Guatemala, according to the authorities.

– Hundreds are displaced after monsoon rains triggered floods and landslides in Nepal.

– Deadly tornado kills one while damaging dozens of buildings in Montreal.

– A multi-car collision on a tropical storm-soaked interstate in the US state of Alabama leaves 10 dead, including eight children in a single van and another girl in an SUV.

– Heavy rainfall in the eastern part of the Democratic Republic of Congo (DRC) claims at least four lives, including a pregnant woman.

– Western Canada is sweltering under record high temperatures that may have killed scores of people in Vancouver.

– At least two people die in western Texas in the US following heavy rain and flooding.