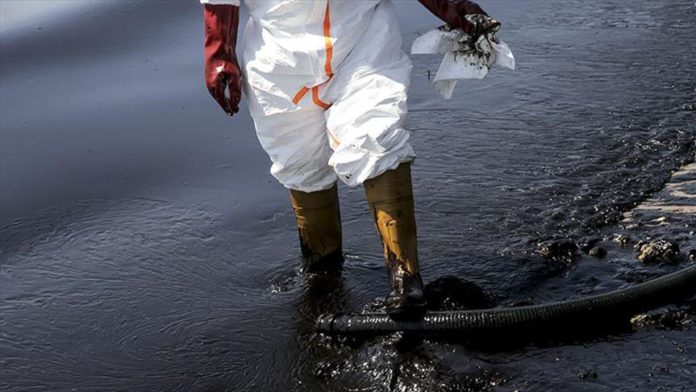 For many holidaymakers, Mauritius is a dream holiday destination as it has stamped its position as being one of the most popular tourist spot, according to 2019 government statistics on tourism, which is the third pillar of the economy after manufacturing and agriculture. In the past two decades, tourist arrivals have increased at an average annual rate of 9% with a corresponding increase of about 21% in tourism receipts.

The Tourism Ministry says this is due to the fact that Mauritius possesses a wide range of natural and man-made attractions, enjoys a sub-tropical climate with clear warm sea waters, attractive beaches and tropical fauna and flora complemented by a multi-ethnic and cultural population that is friendly and welcoming.

On July 25, however, the crystal-clear turquoise lagoons turned dark black, with satellite images showing a dark oil slick spreading in the protected precious waters of the Mahebourg coral lagoon, a pristine coastal area in Mauritius full of endangered and exotic plants and animals.

The culprit was the MV Wakashio, a bulk carrier owned by Japan’s Nagasaki Shipping Company which ran aground carrying 4,180 tons of oil, about 1,000 tons of which spilled in the lagoon.

What is threatened? Scientists say that the effect that the oil spill has had on the fragile marine ecosystem cannot be established right now, but it is massive.

Coral reefs that have lived for centuries have been deprived of oxygen by the oil, locals who spoke to Anadolu Agency confirmed, seeing dead starfish and eels among other aquatic animals floating in the ocean, some they say could not be rescued.

“The oceans are a breeding ground for seabirds and turtles. We have seen many of them lying dead on the beach. Crabs are covered in oil. Many of the dead animals wash ashore every day. When we come for the community cleaning project, we take pictures and upload them on social media to raise awareness,” said Jean Bibi, a local who works at the Mahebourg village hall.

“All we see while cleaning are dead fishes and oil-soaked birds.”

Jacques Abdool, who operates a food stall near the Al Umairan Beau Vallon Mosque, has also been helping locals clean up the ocean and save the animals covered in oil.

“It is sad to see a bird on the verge of death. You know you can’t help it because of the damage that the oil has had on it. As locals who care about their environment, we have done what we cannot do not as experts. There are fishers who are out of work. Many people depend on the ocean for everything. It is sad and disheartening.”

The environmental disaster has already caused a lot of ecosystem distress, according to a spot check done by Anadolu Agency after speaking to members of the affected communities living near where the accident happened.

On social media, residents have been sharing pictures of mostly dead, oiled birds, sea turtles and the ornate day geckos which are only found in Mauritius.

Mangroves, which act as fish nurseries and homes to various species of animals, have also been coated in oil. This may in the long run affect coastal communities which depend on fishing to earn a living. Over 70 species of fish and 30 species of corals have been affected.

Despite laying their eggs all year round in cycles, sea turtles in Mauritius mostly lay them on the sandy beaches in May and June, with the eggs eventually hatching between July and August. Experts argue that in the affected areas of the island nation, a whole generation of new turtles will die or have already died from asphyxiation.

Experts say it is too soon to predict how severe the impact of the oil spill will be on the Mauritian economy, though as for the fishing communities who depend on the lagoon, the effects are immediate and no fish is being found in the oil-polluted waters.

Julien Laksh is a tour guide at the Blue Bay beach. He told Anadolu Agency that “for us now, we have no work. The seas used to be clear as glass, and someone could see up to the bottom of the ocean [which is] really beautiful. But now it is black with a feeling of death. No tourist wants to see that. Even fishes won’t come to such places.”

Laksh added that fish prices have gone up near the Blue Bay beach and fishers now have to go deep in the ocean to find fish.

“This is because some areas have been closed by the police for cleaning, and some are so polluted that it has affected our daily staple food and daily life.”

The oil spill has had a ripple effect on people who depend on the ocean to survive, harming various businesses. A lot of sectors that depend on tourism will be affected, including restaurants, tourist shops, hotels, and guest houses.

Paula Kahumbu, a conservationist who serves as the chief executive director of —Wildlife Direct, is a charity organization registered in Kenya and the US, told Anadolu Agency that the damage that the oil spill has had on the marine ecosystem around Blue Bay Marine Park and the Mahebourg coral lagoon will last for generations.

“The impact of this oil spill is catastrophic. It will affect generations to come. It is important that the owners of that ship and the country Japan that have registered the ship, take some responsibility because they registered a ship that had huge global consequences over their activities or their actions,” she said.

She added that “the oil spill is a global warning of the impact of our activities on nature. The restoration of nature can take decades or hundreds of years, and it will take a very long time for Mauritius to recover from this spill.”

She said the cost of recovery is also far greater than the value generated from the oil that spilled, noting that the accident is a warning to all countries, especially developing countries, to make sure that they have in place all the necessary legislation and enforcement to ensure that these accidents do not happen.

“They need to do very clear risk assessments. Countries like Kenya, Uganda and Rwanda that are now talking about oil exploration… oil transportation — they need to really make sure that we never have a similar situation where we have oil spills that we are not prepared for,” she added.

Environmentalist Louisa Chinyavu said it will take a long time for Mauritius’s ecosystem to recover from the problems caused by the oil spill.

“We have had a lot of habitat loss. This is, for example, the nesting period of the sea turtles and the hunchback green sea turtles which nest in specific areas. If there are any eggs that have been laid, they have been killed.”

Chinyavu underscored that with some species threatened and others critically endangered, “the destruction of such a habitat will have lasting damage. We can have this kind of species no longer thriving or no longer there because their habitat has been damaged.” 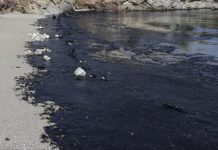