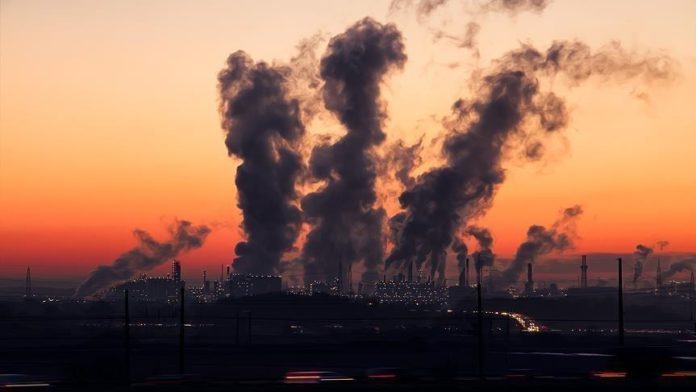 June saw several reports on climate change and the environment, including record-breaking deforestation in the Amazon for the third straight month and the Libyan government’s decision to sign the Paris climate accord.

Here is a look at environmental developments, reports, events and stories compiled by Anadolu Agency.

For the third straight month, deforestation in the Amazon breaks records in May, as 1,180 square kilometers (733 square miles) of the Amazon were deforested last month according to the Brazilian Institute for Space Research.

Turkish authorities announces a 22-point action plan to clear a recent surge in mucilage, also known as sea snot, covering the surface of parts of the Sea of Marmara in the northwest.

Despite a government ban since 2002, huge manufacture of polybags continue unabated in Bangladesh, endangering lives and the environment, according to a local environment and social development organization.

Global health and climate change are equally considered the top issues for the transatlantic cooperation to handle, a poll revealed by the German Marshall Fund and the Bertelsmann Foundation.

– Europe experiences its coldest spring in years in 2021, but temperatures well above average in other parts of the world, especially in northern Africa, Middle East, northern and western Russia, according to World Meteorological Organization.

– The world’s richest countries would have to take “dramatic action” against climate change, as failing to do so would cost them a loss of 8.5% in GDP annually by 2050, warns UK-based charity Oxfam.

– Canada’s TC Energy Corporation announces it is officially terminating the Keystone XL Pipeline Project, which was highly criticized by environmental organizations and protesters.

– Forty-four new insect species have been discovered in Turkey in recent years, most hunters that benefit agriculture, according to a Turkish entomologist from Celal Bayar University.

– Located at the junction of birds routes migrating from Asia, Europe and Africa, a bird research center in eastern Turkey registered and ringed around 5,000 birds from 97 species between March and June.

– Rwanda launches a project to put more electric motorcycles on its roads.

– South Africa’s President Cyril Ramaphosa tells the G7 summit that his country is determined to contribute its fair share to the global effort to address climate change challenges.

– Bangladesh ranks as one of the top performers on sustainable development at a time when the global economy is languishing amid weak performances in most economic indicators, according to a report by the Sustainable Development Solution Network.

– Although G7 countries’ commitments and pledges on ending fossil fuel use are welcome, they do not meet the expectation on needed actions against climate change in general, experts tell Anadolu Agency.

– May 2021 is the warmest May in the last 51 years in Turkey, according to the country’s meteorology department.

– South Sudan launches a campaign to plant 100 million trees in the next 10 years to ease effects of climate change and restore wasteland.

– The Indian Coast Guard is put on alert after a reported oil spill from a Portuguese-flagged cargo ship 450 kilometers (280 miles) from Chennai on its southeastern coast.

– The fact that the Amazon rainforest, which continues to be hit by intense deforestation, releases more carbon dioxide than it has absorbed in the last 10 years, is a “warning for humanity,” experts from the Rainforest Alliance tell Anadolu Agency for World Rainforest Day.

– FairWild Week, an annual online campaign to raise awareness about the importance of sustainable and equitable trade in wild plant ingredients, kicks off with the theme “Wild Plants are Our Business.”

– Toxic chemicals in plastic waste are poisoning people by seeping into poultry eggs contaminated with hazardous dioxin chemicals, according to a report by a Czech environmental NGO Arnika and the International Pollutants Elimination Network.

– Fuels produced in the Netherlands for the African market contain high levels of benzene, sulfur and manganese, which are considered harmful to human health and pollute the environment, inspectors with the Dutch Transport Ministry warns.

– Three million Kenyans in northern Kenya are at risk of starvation due to a severe drought sweeping the region, says government.

– US President Joe Biden says the nation is “late in the game” and needs to “act, and act fast” to combat the growing threat posed by wildfires as western states face an historic heatwave.​​​​​​​