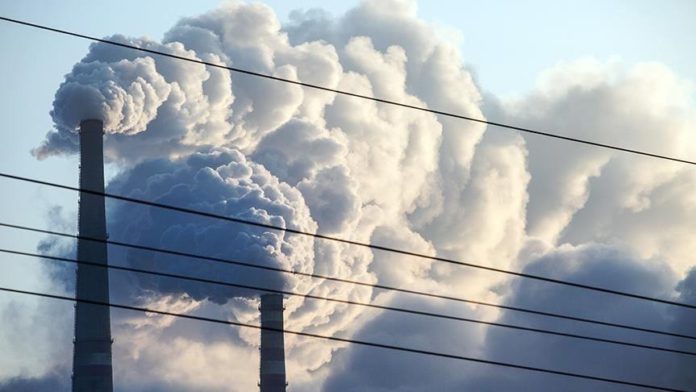 A number of reports on climate change and its growing impact were released in January, while positive steps and pledges toward the protection of the environment were also witnessed.

Following is a list of environmental developments, reports and events compiled by Anadolu Agency.

– More than 4,400 migrants die trying to reach Spain in 2021, making it the deadliest year on record.

– The Asir magpie, one of the world’s rarest birds, faces extinction in Saudi Arabia.

– A pack of hungry hyenas causes panic in the drought-hit Ushetu district of the Shinyanga region in the East African country of Tanzania, attacking villagers and killing livestock.

– A new law in Spain takes effect recognizing pets as “sentient beings” for the first time in the country.

– The last seven years have been the warmest on record globally by a clear margin, according to annual data released by the European Union’s Copernicus Climate Change Service.

– Climate failure, growing social divides, increased cyber risks and an uneven global recovery are among the top global risks for 2022, according to the World Economic Forum’s Global Risks report.

– The British government is sued by prominent environmental groups, –ClientEarth and Friends of the Earth– for failure to implement its net-zero climate strategy.

– Turkiye’s Zero Waste campaign is set to expand throughout the country to encourage recycling as the Ministry of Environment, Urbanization and Climate Change will start prioritizing food and unwanted, outdated, or broken products for recycling.

– Researchers in southeastern Turkiye continue their work for the protection of a critically endangered fish unseen by human eyes for nearly 50 years.

– Following an underwater volcanic eruption that hit the Pacific country of Tonga, a weather center issues a tsunami warning for the western coast of the US and Canada.

– UK and Egyptian officials vow to cooperate on climate change as current and incoming presidencies of the United Nations Framework Convention on Climate Change (UNFCCC) Conference of the Parties (COP).

– UK’s Minister for Africa Vicky Ford, who is on a three-country visit to East Africa, announced a $22 million (£17 million) support package for Somalia, Kenya, Ethiopia, and South Sudan to tackle flooding and droughts.

– FAO says millions across the Horn of African region are facing a third season of severe drought.

– Plastic pollution is one of the most prevalent environmental pollutants and a “significant driver” of climate change and biodiversity loss, according to a report, published by the Environmental Investigation Agency.

– The UN Office for the Coordination of Humanitarian Affairs (UNOCHA) announces a severe drought in Somalia has displaced 245,000 people as conditions worsen.

– The 2020-2022 La Nina events temporarily cooled temperatures, but 2021 was one of the seven warmest recorded years, and Canada logged a Sahara Desert-like temperature of 50 C, according to the World Meteorological Organization.

– An undersea volcanic eruption contaminates the entire water supply in the South Pacific nation of Tonga, says the Chinese ambassador to the island country.

– Scientists discover a giant coral reef — 3 kilometers (2 miles) long and 30 to 65 meters (98 to 213 feet) wide — off Tahiti, the largest island of French Polynesia, according to UNESCO.

– Roughly 1,000 tents used by the UN to shelter internally-displaced persons in northwest Syria are collapsed or badly damaged by snow, according to UN officials.

– Nine zebras die in the past 22 days at a safari park in Bangladesh, prompting the government to investigate whether there is negligence.

– Malawi’s president declares a state of disaster in the south where a tropical storm left 19 people dead.

– Police arrests two suspected poachers with 14 pieces of ivory which authorities said were taken from seven elephants in western Kenya.

– Australia announces $700 million to protect the Great Barrier Reef, the world’s largest coral reef that is home to more than 1,500 types of fish, over 400 kinds of hard corals and many other species.

Palestine welcomes resumption of US aid