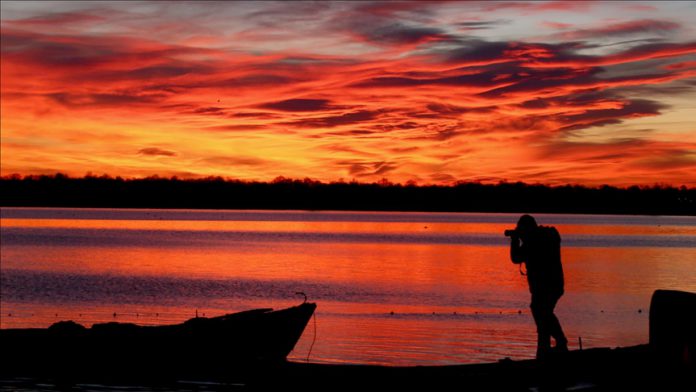 February saw several reports on climate change and the environment, including the US’ rejoining Paris Agreement, a state of emergency in Somalia against new desert locust swarms, and the rediscovery of a bird species long thought extinct in Indonesia after 172 years.

Here is a look at environmental developments, reports, events, and stories compiled by Anadolu Agency.

– Somalia announces a state of emergency over a new generation of desert locust swarms that have rocked the East African region.

– Air pollution caused by the burning of fossil fuels was responsible for 8.7 million deaths globally in 2018, according to new findings of the Environmental Research journal published in The Guardian.

– January’s total Arctic sea ice volume averages the second-lowest on record after 2017, according to scientists from the Climate and Atmospheric Science.

– January 2021 was registered as the ninth-warmest January in the recorded US history while it was the seventh warmest globally, according to the National Oceanic and Atmospheric Administration.

– A scientist specializing in Arctic studies says research on Antarctica has shed light on global climate change as well as the Earth’s history.

– Turkish scientists are planning to incorporate Antarctic hair grass’s genetic material into wheat plants to make them resistant to the extremely arid and salty environment.

– Climate change and violence in Mozambique have left health facilities and health staff experiencing “a difficult year,” according to the International Committee of the Red Cross.

– Climate change is a “bigger” threat than the COVID-19 pandemic in the long run and it requires immediate and collective action, says the head of the EU delegation to Turkey.

– About 1.3 million people are displaced in Somalia in 2020 due to various reasons, including climate-related disasters, especially floods and droughts, according to the UN office for humanitarian affairs.

– The US officially rejoins the Paris Agreement, the State Department announces, saying climate change and science can “never” again be “add-ons” in Washington’s foreign policy.

– Asuman Baytop, a leading Turkish expert on botany and botanical history, who provided a significant contribution to the country’s flora with her discoveries, is commemorated on the sixth anniversary of her death.

– Three rare giraffes are killed after being electrocuted by low-hanging power lines in Nakuru, Kenya, according to BBC.

– People in South Sudan are in urgent need of assistance as they face the triple threat of conflict, flooding, and hunger, according to the Norwegian Refugee Council.

– A scientist in Turkey’s western province aims to reintroduce the dune cricket, which was thought to have gone extinct 20 years ago, to the world.

– Turkey’s Istanbul Airport receives an international certificate for its efforts to manage and reduce its carbon footprint.

– More than 14 million tons of Sahara dust are circulating in the atmosphere above North Africa, North Atlantic, and Europe, according to the World Meteorological Organization.

– Turkey’s success in increasing its forest assets was certified by the UN, with the country ranking first in Europe and sixth worldwide for afforestation, according to a recent report by the UN Food and Agriculture Organization covering between 2015 and 2020.

– New high-technology drones, which can create three-dimensional models of disaster sites, are being used to extinguish forest fires in northwestern Turkey.