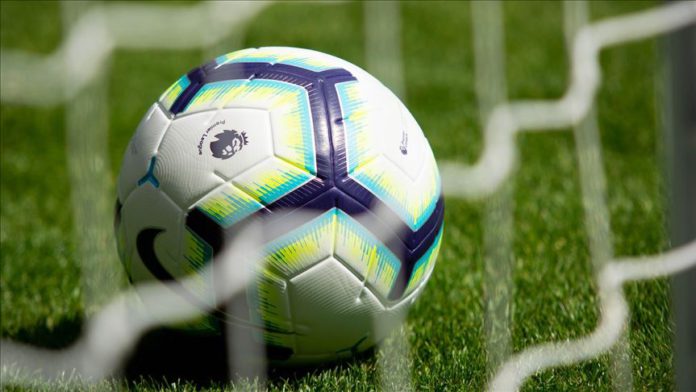 Matches will resume in the English Premier League (EPL) on Wednesday after a 100-day break due to the novel coronavirus pandemic.

The league will resume with two matches after having been suspended since March 13.

Aston Villa will host Sheffield United at the Villa Park in Birmingham, while Manchester City will play against Arsenal at the Etihad Stadium in Manchester.

As per the standings, Liverpool are leading with 82 points in 29 games, followed by Manchester City with 57 points in 28 matches.

With 53 points, Leicester City have third place in 29 games.

Besides the league title, Liverpool have the chance to go down in history breaking multiple records.

If they rack up 19 points out of the 27 possible in the remaining weeks, the Reds will have exceeded the all-time highest in the league’s history, dethroning Manchester City who had 100 points in the 2017-18 season.

Champions Manchester City had also broken the record that season for largest winning margin with 19 points on runners-up Manchester United.

With a 25-point lead ahead of Manchester City, Liverpool can now take over that title as well.

The Reds, who have suffered only one draw and one defeat in 29 weeks, are also eyeing most wins in a season — again, currently in Manchester City’s possession, who had closed the last two seasons with 32 wins under the helm of Pep Guardiola.

Separately, the fifth team of the table can qualify for the next season’s UEFA Champions League.

If the UEFA’s decision to ban the European Cups given to Manchester City does not return from the Court of Arbitration for Sport (CAS) next month, the team that will complete the Premier League in fifth place will be entitled to participate in the Champions League.

Manchester United are currently in the fifth spot with 45 points, Wolverhampton and Sheffield United are following the Red-Devils with 43 points.

As players get back on the pitch with an intense match schedule after 100 days of no competitive encounters, the EPL has allowed clubs to make five in-game substitutions, instead of the usual three, and raised the number of players on the bench from seven to nine for the league’s remaining nine weeks.

Also, the league has not made masks obligatory for football players and technical delegations.

The players will be encouraged not to spit on the floor or clean their noses during matches, as well as not to violate physical distance standards while celebrating goals.

While a maximum of 300 people will be allowed in-stadium during matches, this number will not exceed 110 people, including footballers and officials, in the area called the “red zone,” including the pitch, technical area, tunnel and dressing rooms.

Corners flags, goalposts, team benches and match balls will be thoroughly cleaned before and after each competition.

In another global issue that has taken the world — including the sports world — by storm, football players in the EPL will sport the slogan “Black Lives Matter” on their jerseys.

The players of 20 teams will show their support for the worldwide push to stamp out racism, discrimination and police violence, after the death of an unarmed African-American man, George Floyd, while in police custody in the US state of Minnesota.

“Black Lives Matter” will replace the players’ names on the back of their jerseys in the first 12 games of the season, and its logo will feature on player uniforms in the continuation of the season.

With 19 goals, Jamie Vardy of Leicester City is the current season’s top scorer.

The 33-year-old forward is followed by Arsenal’s Pierre-Emerick Aubameyang with 17 goals, Mohamed Salah from Liverpool who is tied with Sergio Aguero from Manchester City with 16 goals.

Here are fixtures for the EPL:

NBA to reopen practice facilities no earlier than May 8