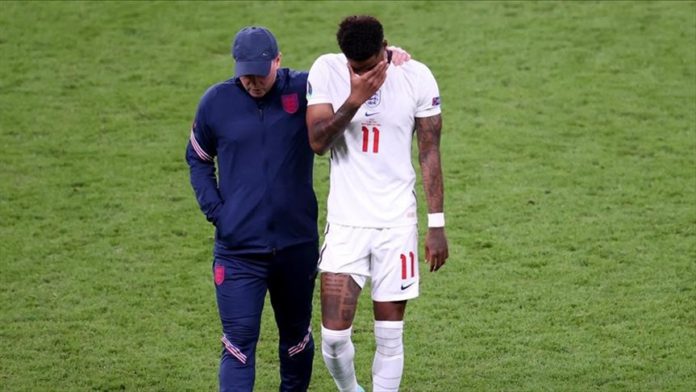 English football star Jadon Sancho said Wednesday that people should react more against the kind of racial abuse that he and other players suffered after his team was defeated by Italy in the EURO 2020 final.

“As a society, we need to do better, and hold these people accountable. Hate will never win,” Sancho said on Instagram after he and two other Black players on the English national team were bombarded with racist comments on social media after the final on July 11 at Wembley Stadium in London.

Sancho, Marcus Rashford and Bukayo Saka were racially abused after England lost the final to Italy in a penalty shootout.

The trio were subjected to offensive and racist online abuse after missing penalties.

“To all the young people who have received similar abuse, hold your heads up high and keep chasing the dream.

“I am proud of this England team,” Sancho said, thanking people for their messages of support.

Sancho is set to join Manchester United soon as the Red Devils said on July 1 that they have agreed to a “deal in principle” with Dortmund for his transfer.

He has been a Dortmund player since 2017, scoring 50 goals and producing 64 assists in 137 appearances for the German club.

Sancho, who has a contract with Dortmund until 2023, won the German Cup last season.