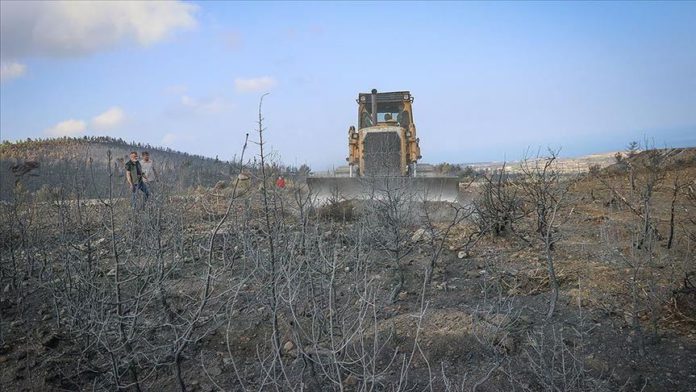 Sheffield United said on Twitter that it will donate 1,889 saplings for forests harmed by the fires.

The number 1,889 is a nod to the year the team was founded. That was in reference to Fenerbahce’s sapling donation of 1,907 to the province.

Sheffield United added that it stands with Hatay and its football team, Hatayspor FK.

Fires began in several parts of Belen, Hatay last Friday, and authorities believe the blazes are an act of sabotage or arson.

Flames spread to other districts, including the port district of Iskenderun and the resort town of Arsuz.

Rumors have suggested that possible arsonists belong to the PKK terror group, with the Interior Minister saying the terror group “has clear instructions to burn forests.”