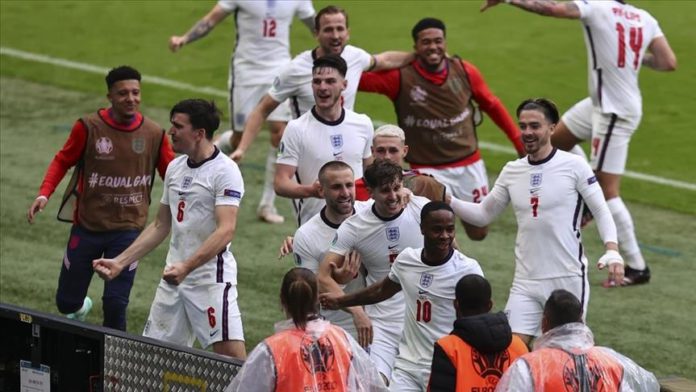 England beat Germany 2-0 on Tuesday to reserve their place in the UEFA EURO 2020 quarterfinals.

In minute 16 at London’s Wembley Stadium, English forward Raheem Sterling fired outside the area but German goalkeeper Manuel Neuer plunged to parry it.

Near the end of the first half, German defender Mats Hummels made a critical goal-saving sliding tackle against English forward Harry Kane to avoid his finishing touch in the six-yard box.

In the early minutes of the second half, Pickford saved Kai Havertz’s powerful volley.

However in the 75th minute, England broke the deadlock as Sterling finished in the area after left back Luke Shaw’s low pass, 1-0.

In the 81st minute, German forward Thomas Muller was one-on-one against Pickford after a through ball by Havertz but sent the ball wide.

Thanks to the goals netted by Sterling and Kane in the Round of 16 clash, England secured the 2-0 victory.

England will face Sweden or Ukraine in the next phase on Saturday in Rome.