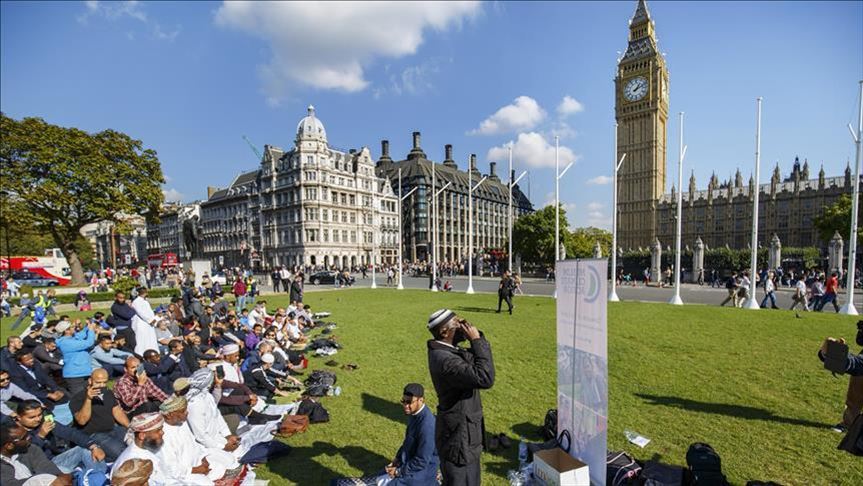 A new study shows that England’s ethnic minorities over 50 years old are more likely to retire later than white English people, as well as have a lower weekly income and are less likely to own their homes, local media reported Tuesday.

The research was carried out by the Centre for Ageing Better, Institute for Public Policy Research (IPPR), and University College London. The study aimed to explore factors that define a “good later life” for those age 50 to 70, including factors such as financial security, health, and a sense of purpose.

Black, Asian, and Minority Ethnic (BAME) people from England age 50-70 were more likely to be in the poorest 20% of the English population than their white counterparts.

Black men and women were living on average with £100 ($132) less per week than white people. Black people age 50-70 were also less likely to have retired, indicating they are less likely to be able to rely on sources of wealth and assets outside of their earned income.

Almost half of white people over 50 own their homes, compared to only 13% of Black English people.

Anna Dixon, chief executive of the Centre for Ageing Better, said in a online statement: “Our new research shows that ethnic inequalities are deeply entrenched among the generation approaching later life, with those from black, Asian and minority ethnic backgrounds facing disadvantages across many areas of life.

“As older generations become increasingly diverse, it’s vital that these inequalities are tackled so that no one misses out on a good later life.

Anna Round, a senior research fellow at IPPR, said: “All too often, we hear lazy stereotypes applied to everyone in middle or later life. But these findings show stark differences within this age group – for example, in health and in financial wellbeing.

“We need a better understanding of what lies behind these and many other differences, including the inequalities associated with ethnicity that emerge from this research. And we need to collect and analyze the data to build our understanding. That’s essential if we are to work out how everyone can have the best chance of a decent quality of life as we get older.”

The UK has an ageing population, with estimates showing 25% of the UK population will be over 65 within 20 years.

For the country’s BAME population, the number age 50-70 has doubled from 4% in the previous generation to 8% in this generation.