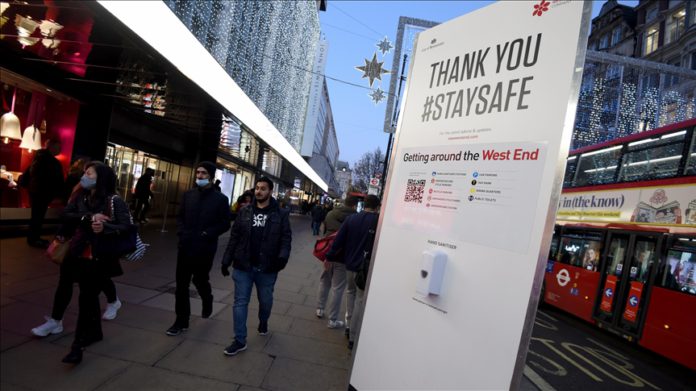 The British health secretary announced on Wednesday an extension of the highest tier of coronavirus restrictions across new areas of England in a bid to stem the rising number of cases.

“Sharply rising cases and the hospitalisations that follow demonstrate the need to act where the virus is spreading,” he added.

The UK government data published on Wednesday showed that the UK recorded 981 deaths – the highest number since April. The UK also recorded 50,023 new cases, slightly down from Tuesday’s record-breaking number of 53,135 cases.

Today’s announcement means a further 20 million people in England, or 78% of its population, will be placed in Tier 4, the highest of the English coronavirus tiers.

The changes will come into effect on Thursday, and also include putting more parts of the country into Tier 3, around 12 million or 22% of England’s population.

No part of England will be in Tier 2, and Tier 1 – the lowest of the four tiers – will have only the Isles of Scilly.

Education Secretary Gavin Williamson announced that the return of secondary schools after the Christmas holidays will be delayed.

Students in their exam year will return on Jan 11, and all other secondary students will return a week later on Jan 18.

Primary schools will open as planned on Jan 4, although those in parts of the country with the highest numbers of coronavirus cases will not open at that time.

The government had previously insisted there would be no delay to the reopening of schools, but have come under pressure from teachers’ unions to change course.