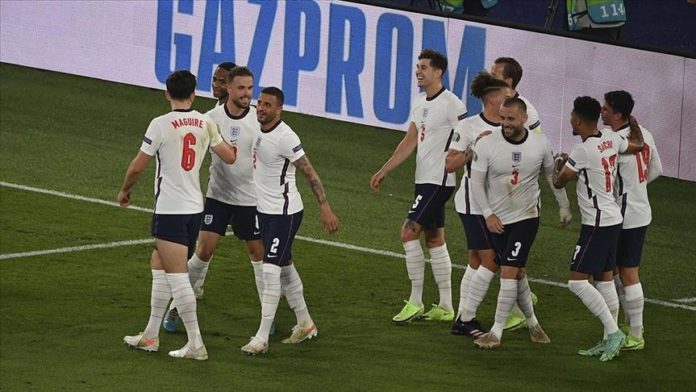 England defeated Denmark 2-1 on Wednesday to face Italy in the Euro 2020 final.

Danish winger Mikkel Damsgaard broke the deadlock in the 30th minute with a stunning free-kick goal at London’s Wembley Stadium.

But England equalized when defender Simon Kjaer netted an own goal in the 39th minute.

Both sides failed to produce a goal in the second half and the match went into extra time.

In the 103rd minute, England was awarded a penalty.

After a minute, Danish goalie Kasper Schmeichel came up with a great save, but Harry Kane hit the rebound into Denmark’s net.

With this result, England moved to the final of a major tournament for the first time since 1966 and their first-ever Euro final.

The English team will take on Italy at Wembley Stadium on July 11.

Italy qualified for the final on Tuesday after beating Spain 4-2 on penalties.