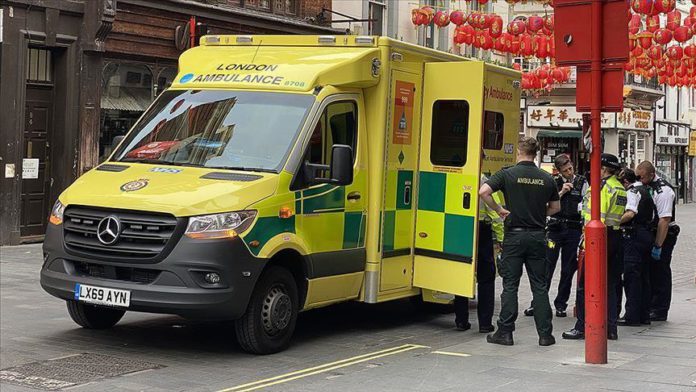 New regulations in fighting the novel coronavirus came into force in England on Saturday, as the pandemic continues to send shockwaves throughout the country.

A survey by the Office of National Statistics (ONS), the UK’s official statistics agency, carried out last week showed that 96% of adults wore a face mask outside their homes. This was a rise from 84% the week before.

A separate ONS report found that for every three deaths from COVID-19 in England, the national lockdown may have caused another two.

This was due to people being reluctant to attend emergency department and difficulties accessing medical services.

The ONS compiled the data and estimated that 41% of excess deaths in England between March and May were due to missed medical care rather than coronavirus.

Preston, a city in northern England, has gone into a local lockdown, joining other northern English regions in Greater Manchester, Leicester, and parts of West Yorkshire.

Meanwhile, 750,000 unused coronavirus home testing kits were recalled from care homes and ordinary members of the public after safety concerns.

The kits were made by Randox, a British diagnostics company. The UK’s medicines and Healthcare products Regulatory Agency ordered the recall after fears over the kits’ sterility.

A Department of Health and Social Care spokesperson said: “We have high safety standards for all coronavirus tests. Following the pausing of Randox kits on July 15, Randox have now recalled all test kits as a precautionary measure.”

“The risk to safety is low and test results from Randox kits are not affected,” they added.

The Guardian reported that Randox were awarded a £133-million ($173.6-million) contract in March to produce the kits before any other firms could bid on the contract.

Hundreds of Brits marched in central London demanding pay increases for National Health Service staff in recognition of their work during the pandemic. It was one of over 30 marches planned across the UK.

The government announced last month that NHS doctors would get a pay rise, but not nurses and other workers.

Dr. Tony O’Sullivan, the co-chair of Keep Our NHS Public, was quoted by the Guardian as saying: “This shameful government has given hundreds of millions to their friends to fund secretive and abysmally failing Covid contracts, overseen the disaster of 65,000 deaths and, with utter hypocrisy, clapped the NHS it has neglected, for its work during this pandemic.

“Now it abuses the goodwill and commitment of our nurses and other NHS staff by refusing them any pay award. The government has rejected an opportunity for a meaningful thank you that could have addressed the 20% cuts in pay inflicted since 2010 – small wonder then that there are now 44,000 nurse vacancies.”