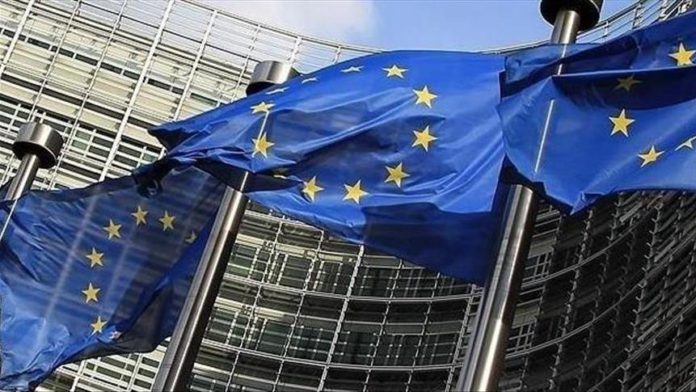 Europe’s options for alternative gas supplies to Russian resources should it decrease exports to the bloc are with LNG increases from the US, Qatar and Australia and storage drawdowns, experts told Anadolu Agency on Friday.

Tensions in Ukraine have been on the rise for months after Russia amassed tens of thousands of troops near Ukraine’s border, a build-up the West says is in preparation for war. NATO and the EU have warned the Kremlin of severe economic consequences if it invades its neighbor.

The escalation in tension in the region immediately fueled worries over a new energy crisis in the EU, with the continent’s supply security put at risk and the probability raised of a halt in Russian natural gas imports.

Kadri Simson, the European Union commissioner for energy, said last week that the bloc is actively discussing options with partners over an increase in gas supplies to the EU. Simson is scheduled to attend meetings in Azerbaijan and Washington next month.

US officials also announced on Tuesday that the US administration is in discussions with major natural gas producers in response to a potential cut by Russia due to sanctions that will take effect in the event of an invasion of Ukraine.

‘US, Qatar, and Australia: first places to look for additional supply’

According to Samantha Gross, director of the energy security and climate initiative at Brookings Institution, additional gas supply would need to come in the form of LNG.

“The US, Qatar, and Australia are the world’s three leading LNG producers and the first place I would look for additional supply. The Biden administration is being cagey about who they are talking to, but these are the most likely candidates,” she said.

The US has been already been sending significant LNG volumes to Europe as a result of high prices there.

“There might be room for more, but the fact that the US has recently become the world’s leading LNG exporter shows how hard the industry is working in response to high prices. I doubt there is a lot more capacity there, although maybe some LNG could be diverted from other customers,” Gross explained.

Gross said that only some redirecting of supplies could take place given that suppliers have contractual obligations to other customers, especially in Asia, but warned that it would not be enough to replace all Russian pipeline supply, should the taps be completely turned off in response to sanctions.

“If Russia decreases or eliminates pipeline exports to Europe, that is a significant loss to global gas supply. Unlike oil, which is broadly fungible and easy to move around, gas travels through dedicated pipelines or through LNG infrastructure, which doesn’t exist everywhere. Demand for LNG would increase immediately, affecting all LNG customers. Much LNG is supplied through long-term contracts, but these would come under intense pressure everywhere,” Gross added.

‘Any replacement will come from storage and LNG flow diversion’

Marco Giuli, an associate policy analyst at the European Policy Centre (EPC), said options for the EU to replace Russian gas supplies, if the flow is decreased or halted, largely depends on the type of disruption, the number of routes affected and the length of time any disruption would last.

“If a disruption is limited to flows through Ukraine – which are at historical lows at the moment – EU states that are affected can most likely cope through increases of storage withdrawals. This can be further alleviated in case Russia diverts flows towards the Yamal-Europe route and through minor increases in LNG imports,” Giuli explained, noting that a full halt of Russian supplies is considered remote at the moment.

The 2,000 kilometer-long Yamal-Europe pipeline runs across Russia, Belarus, Poland, and Germany to export gas to Western Europe, transmitting 33 billion cubic meters of gas per year. However, the pipeline has been operating in reverse mode, that is from Germany to Poland, since Dec. 21.

Pointing to the global supply tightness as the reason for months of very high prices, Giuli stressed that there is not so much spare capacity outside Russia.

He believes that any replacement for Russian supplies would come from storage and LNG flow diversions if European prices become high enough to signal a change in LNG cargo routes from Asia to Europe.

He also explained that the type of sanctions that Russia could face will also determine the impact on the global energy market.

He cited the example of removing Russia from the SWIFT financial messaging service, which he said “would immensely complicate transactions and likely create shortages and price spikes not only on gas markets but also in crude oil and oil products markets.”

However, he said this is seen as a rather extreme scenario, and in times of tight supplies, Russia’s adversaries might prefer to go for certain exemptions for the energy sector.