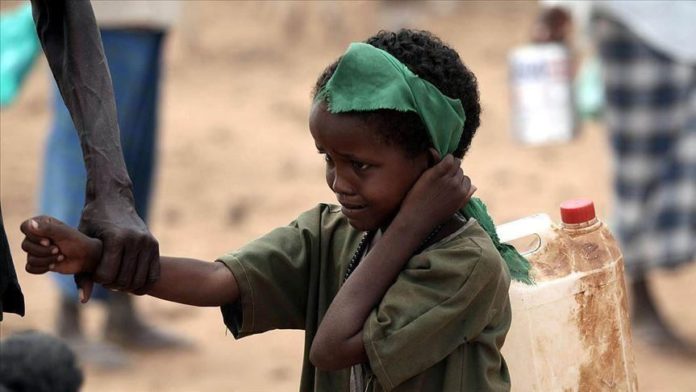 The global COVID-19 pandemic has pushed more than 250 million people to the brink of starvation and dashed hopes of eradicating extreme poverty by 2030, a UN expert said in a report on Tuesday.

The report was presented to the UN Human Rights Council by Olivier De Schutter, special rapporteur on extreme poverty and human rights, and was prepared by his predecessor Philip Alston.

”Based on historic growth rates, it would take 200 years to eradicate poverty under a $5 a day line and would require a 173-fold increase in global GDP.”

The report criticized the way governments have banked on economic growth to lift people out of poverty.

“Many world leaders, economists, and pundits have enthusiastically promoted a self-congratulatory message, proclaiming progress against poverty to be one of the greatest human achievements,” it noted.

“The reality is that billions face few opportunities, countless indignities, unnecessary hunger, and preventable death, and do not enjoy basic human rights.”

The report said that the UN’s 2030 Agenda to eradicate poverty through Sustainable Development Goals (SDGs) relies too much on a poverty line set so low by the World Bank that it allows governments to claim progress.

It said that the COVID-19 pandemic will push 176 million more people into extreme poverty, compounding long-standing neglect of low-income people, including women, migrant workers and refugees.

“In too many cases, the promised benefits of growth either don’t materialize or aren’t shared,” it added.

“The global economy has doubled since the end of the Cold War, yet half the world lives under $5.50 a day, primarily because the benefits of growth have largely gone to the wealthiest.”

Tax justice is vital to ensure governments have the money needed for social protection: in 2015, multinationals shifted an estimated 40% of their profits to tax havens, while global corporate tax rates have fallen from an average of 40.38% in 1980 to 24.18% in 2019.

Australia says its citizens at risk of arrest in China