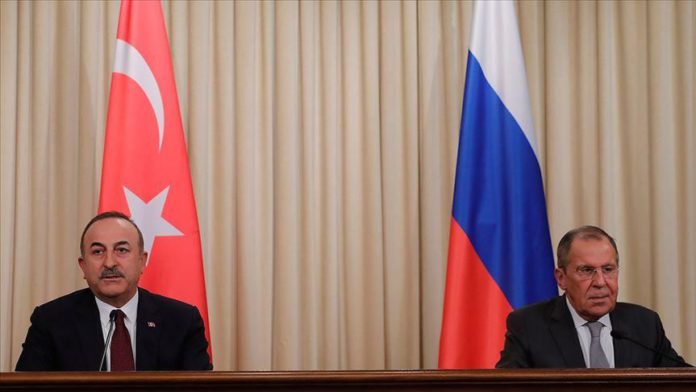 The Turkish foreign minister on Thursday discussed with his Russian counterpart the ongoing Armenia-Azerbaijan conflict, a diplomatic source said.

In a phone, Mevlut Cavusoglu told Sergei Lavrov that a cease-fire has no meaning without a permanent solution — end of Armenian occupation — to the Upper Karabakh dispute, the insider said.

Even if the fighting stops today, clashes will resume again, the source quoted the foreign minister as saying.

Relations between the two former Soviet nations have been volatile since 1991, when the Armenian military occupied Upper Karabakh, an internationally recognized territory of Azerbaijan.

World powers, including the US, Russia, France and Germany, have urged for an immediate halt to clashes along the frontier.

Turkey, meanwhile, has voiced support for Azerbaijan, and its right to self-defense.

YPG/PKK siege on Syria zone ends as Russia steps in