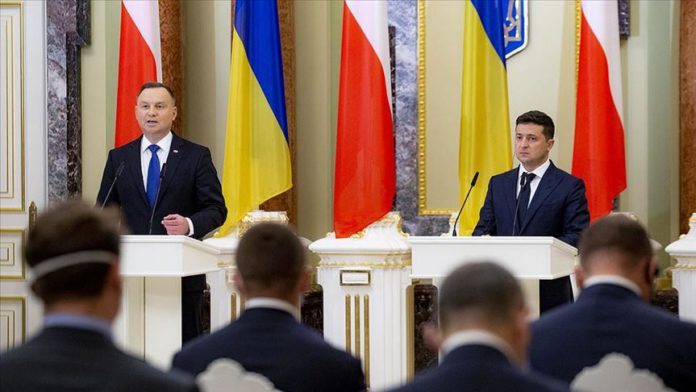 Polish President Andrej Duda and his Ukrainian counterpart Vladimir Zelensky urged Russia on Monday to end the annexation of Crimean Peninsula, which is officially a Ukrainian territory.

Speaking after a meeting with Zelensky, Duda said Poland stands for Ukrainian borders, and that both Donbas region and Crimea should be returned to Ukraine, according to a statement by the Ukrainian presidency. Until then sanctions on Russia must continue, he added.

The two leaders also underlined the importance of protecting the rights of minorities in their respective countries.

Duda and Zelensky will attend the Ukraine-Poland Economic Forum in Odesa on Tuesday, where officials, and businesspeople will discuss a range of bilateral matters including energy, and infrastructure cooperation.

In 2014, Russia annexed Ukraine’s Crimean Peninsula, a move widely viewed as illegal by the international community, including Turkey and the UN.