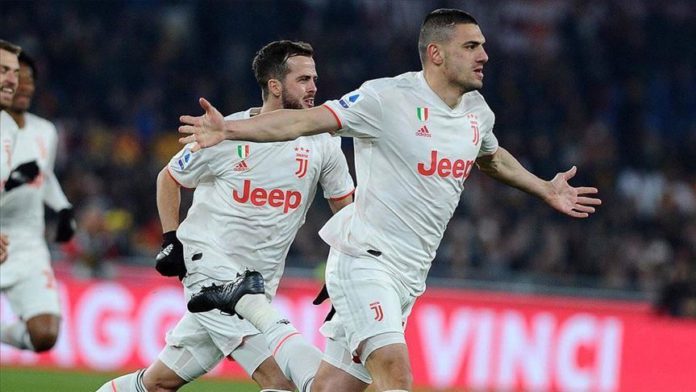 Despite the disruption of matches across Europe because of the coronavirus pandemic, rescheduling matches or holding competition in empty stadiums, most Turkish footballers enjoyed a productive 2019-20 campaign.

The defender has played for Leicester City in the English Premier League since 2018 and netted one goal and an assist in 42 appearances during the 2019-20 season for the Foxes.

The league was suspended in March but returned in June after a 100-day break.

The German-born Turkish centerback is a Dusseldorf veteran, playing four seasons for the team since 2016.

He scored two goals and had three assists in 34 games.

Although with a consistent performance, Ayhan’s team could not avoid relegation after losing 3-0 to Union Berlin on the final day of the season.

Germany stopped nationwide competitions for health concerns in March and the Bundesliga resumed in May after a two-month break due to the pandemic.

The left-winger moved to Milan from Germany’s Bayer 04 Leverkusen in 2017.

He scored 11 goals and nine assists in 38 games.

He also became a hero of the Serie A in a match against Sassuolo on matchday 35. Swedish star Zlatan Ibrahimovic led Milan to a 2-1 victory as Calhanoglu helped with two assists.

Serie A clubs did not play as the league was suspended March 9 but the leagued resumed operations in June.

The Turkish midfielder moved to the French club in August 2019 on a five-year contract with €16.5 million ($18.4 million) in transfer fees.

He scored one goal and had four assists in 25 games, including six matches in the UEFA Champions League during the 2019-2020 campaign.

But the Ligue 1 club was dismayed about Yazici’s injury in a match against Monaco last December.

He returned to the pitch in a friendly against Anderlecht in August after seven months.

France’s Ligue 1 ended the season with 10 matches remaining on the schedule in response to the virus threat as league leaders were declared 2020 champions in April.

The Turkish defender joined Les Dogues, or The Great Danes, in July 2018.

The 23-year-old made 32 appearances, including in six UEFA Champions League matches.

He also had three assists in Ligue 1.

Some grappled with injuries

The 23-year-old joined Roma in the summer of 2017 from Turkish side Medipol Basaksehir.

The defender joined Schalke, another German side, Stuttgart, in 2019.

He scored three goals and had one assist in 28 appearances during the 2019-20 season.

He suffered a transverse process fracture of the second, third and fourth lumbar vertebrae in a clash with Koln.

The 20-year-old got back on the pitch in a match against Fortuna Dusseldorf in May.

Joining Juventus from Sassuolo in July 2019, Demiral produced one goal and an assist in eight appearances for the Turin side.

He helped clinch a Serie A title as Juventus won a ninth straight league title.

With the trophy, Juventus recorded a 36th league title.

But, Demiral suffered a knee injury in a match against Roma in week 19 and left in the first half of the match.

The 22-year-old returned to the play in a Roma game after a seven-month break.