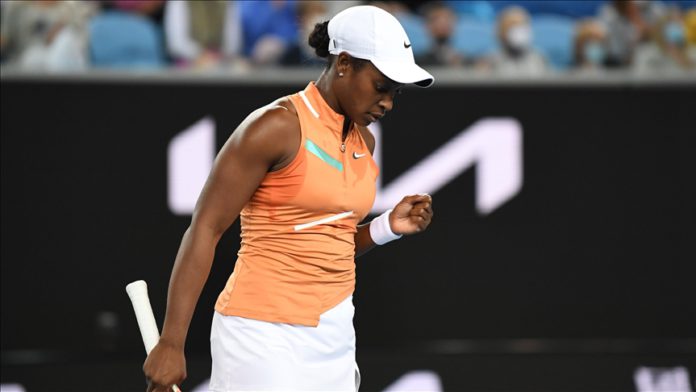 2021 US Open women’s singles champion Emma Raducanu reached the second round of the 2022 Australian Open with a win Tuesday against Sloane Stephens.

Ranked 17th in the world, Raducanu is playing in the tournament for the first time.

Stephens, ranked 68th, was a 2013 Australian Open semifinalist, her best showing in Melbourne.

The 28-year-old American won the 2017 US Open, which is her only Grand Slam title.

Sabalenka comes back against Sanders

Second-seeded Aryna Sabalenka from Belarus came back from one set down to eliminate Australia’s Storm Sanders.

Sanders won the first set 7-5 at Rod Laver Arena. But Sabalenka bounced back to win the next two 6-3 and 6-2 to advance to the next round of the Australian Open.

Stefanos Tsitsipas, who is the world’s no. 4 on the men’s side, beat Mikael Ymer from Sweden in straight sets to make it to the second round.

He was a finalist in the 2021 French Open (Roland Garros), his best in the four majors.

Tsitsipas had elbow surgery in November.